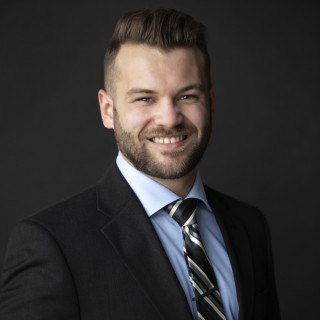 Ryan C. Shellady is an associate attorney with Burnham Law and has a practice dedicated to Family law.

During law school, Ryan was involved in the Pro Bono Society, was a Student Writer for the Iowa Law Review, a member of the National Moot Court Team, and a Student Representative for the Iowa Student Bar Association. He received the Donald P. Lay Faculty Recognition Award for distinctive contributions to the College of Law community, and the William S. Anderson Scholarship for being named the Best Advocate of the 2017–2018 Van-Oosterhout Baskerville Moot Court Competition. Ryan was also an Executive of the University of Iowa Graduate and Professional Student Government. In 2018, Ryan worked as a law clerk for the BrownWinick law firm.

Prior to joining Burnham Law, Ryan earned the Bergstrom Fellowship with the Child Advocacy Law Clinic at the University of Michigan Law School during the summer of 2017. Following the Fellowship, he volunteered as a Law Clerk with the Family Defense Center in Chicago, Illinois. Ryan was also a Volunteer Workshop Leader for the Kids First Law Clinic in Cedar Rapids, Iowa. His student Note, Martinis, Manhattans, and Maltreatment Investigations; When Safety Plans Are a False Choice and What Procedural Protections Parents Are Due was published in Volume 104 of the Iowa Law Review.

Member of National Working Group
United Family Advocates
2019 - 2020
This group is a national working group with experts and leaders in the area of child welfare law.

Fellow
University of Michigan Child Advocacy Law Clinic
2017 - 2017
Had the distinct honor of being selected to participate in the Bergstrom Child Welfare Fellowship.

Martinis, Manhattans, and Maltreatment Investigations: When Safety Plans Are a False Choice and What Procedural Protections Parents Are Due
Iowa Law Review
March, 2019

You Have How Many Followers?
ABC-CLIO; Praeger
2017

Blog
Failing to Follow OSHA Procedures Can Be Costly