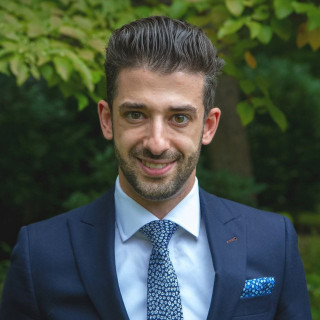 Prior to opening up his own firm, Sam represented the NYC Administration for Children’s Services in all family court child protective proceedings, including conducting hundreds of trials and contested hearings; drafting motions, pleadings, and other legal documents; and negotiating settlements for his clients. Sam is also working as an Associate Attorney at Ezdrin & Woods, P.C. in Syosset, NY.

Sam received his J.D. from Brooklyn Law School and is admitted to practice law in both New York and New Jersey, including the United States District Courts for both the Southern and Eastern Districts of New York. During law school, Sam worked in the Bronx and Brooklyn District Attorneys’ Offices, NYC Office of Labor Relations, and studied at the University of International Business and Economics in Beijing, China. Sam received his B.A. from Rutgers University and is fluent in Russian. When you hire Sam, you get a diligent, efficient, and trustworthy attorney who will zealously advocate for your interests.

All comments and information are not intended to create an attorney-client relationship.

Q. Is it possible for an incarcerated father to get court ordered visitation? No paternity has been established
July 1, 2021
A: Courts have ordered supervised visits for incarcerated persons while paternity is pending, although uncommon. If the father files for visitation, seek the assistance of a family law attorney.