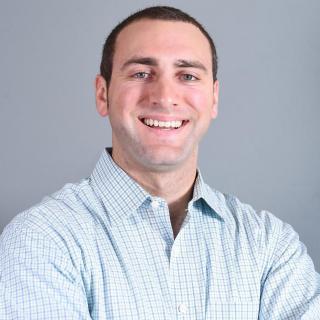 Samuel Ford is a dedicated consumer attorney, protecting the rights of consumers in Louisiana, the gulf coast, and throughout the nation. Samuel's practice is focused on providing individuals relief from relentless debt collectors who use abusive and illegal tactics to squeeze money out of hard-working Americans. Prior to joining Varadi, Hair & Checki, Samuel was a defense attorney for creditors and debt collectors, witnessing first-hand the injurious methods utilized by these corporations and learning the best ways to fight back against them. If you are receiving calls or letters from a debt collector, have been sued on a debt, or have derogatory information on your credit report, Samuel can help you. Samuel earned his law degree from Tulane University School of Law in 2014, graduating magna cum laude. Samuel was inducted in the Order of the Barristers for excellence in written and oral advocacy and was a Justice of the Moot Court Board, as well as a coach and member of the Alternative Dispute Resolution Moot Court Team. In addition, Samuel served as Vice President of his class and was the Director of the Tulane Legal Assistance Program. Samuel received his undergraduate degree from the University of Washington in 2009. Prior to law school, he was an English teacher in Quito, Ecuador.

Q. Can I fight a collection if I was never notified of bill being past due. All notifications were mailed to wrong address
March 1, 2016
A: While an attorney will have to review the details of your situation, it sounds like you have a viable claim to challenge the collection actions and credit reporting of the alleged debt. Federal and state laws protect consumers from wrongful collection and credit reporting practices. I recommend speaking to a consumer attorney regarding the details of your situation so you can fully understand your rights. Many consumer attorneys offer free consultations. **Please note that the above is general information and not subject to an attorney-client relationship or intended to be legal advice.

Q. Credit card company is hiring attorney to get debt from me, what is the worst thing can happen?
March 1, 2016
A: Generally, if a creditor files suit against you and you do not respond, they can obtain a default judgment against you. Once the creditor has the judgment, they can use it to freeze your bank account, garnish your wages, or execute the judgment against property you own. You will likely have the best options for handling the situation before suit is filed against you and certainly before the creditor obtains a judgment against you. I recommend speaking to a consumer attorney regarding the details of your situation so you can fully understand your rights. Many consumer attorneys offer free consultations. **Please note that the above is general information and not subject to an attorney-client relationship or intended to be legal advice.

Q. I have credit card collections and I live in Texas. If I move to Georgia, would the creditors be able to garnish wages.
March 1, 2016
A: They probably could still garnish your wages eventually, but it may be a longer process. To garnish wages on a credit card debt, the creditor would first need to sue you and acquire a judgment against you. If the judgment is in Texas, the creditor would then need to apply for local enforcement of the judgment with a Georgia court. The creditor generally must provide you notice of the application, and you will have the right to object. If you do not respond, the judgment will likely become enforceable in Georgia. If the creditor sues you in Georgia, they can skip the above step. Once the creditor has an enforceable judgment against you, they can apply to a Georgia court for garnishment and serve garnishment papers on your employer. Depending on how much you owe, it may not be worth the time and money for the creditor to do this and they may use other methods to attempt to recoup the debt, such as selling the debt to debt buyers. When debts are sold, the right to file suit on the debt is usually transferred, however, you may have defenses to a collection suit on the sold debt. Federal and state laws protect you from unfair and harassing debt collection practices. If you are receiving calls and letters from debt collectors, an attorney may be able to help. I recommend speaking to a consumer attorney regarding the details of your situation so you can fully understand your rights. Many consumer attorneys offer free consultations. **Please note that the above is general information and not subject to an attorney-client relationship or intended to be legal advice.