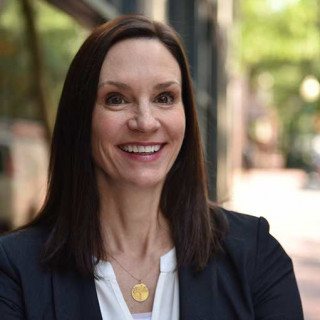 Listening, caring, and fighting for you and your family.
Badges
Claimed Lawyer ProfileSocial MediaResponsive Law
Biography

A former Legal Aid lawyer, Sandy Kinney has helped hundreds of people with their divorce, custody, support, and adoption needs across the State . She served as an Assistant U.S. Attorney in Southern District of West Virginia, Civil Division, and as an Assistant Attorney General in the Civil Rights Division of the West Virginia Attorney General’s Office. She also spent several years in private practice focusing on employment litigation. She has appeared in court countless times, tried cases before juries, and argued appeals before the West Virginia Supreme Court.

In 2017, Sandy was honored by the WVU College of Law and West Virginia Executive Magazine in their first group of Lawyers and Leaders. That same year, she founded West Virginia Women Attorneys, the first statewide women's bar association. She currently serves as president of that group.

Sandy earned her undergraduate degree with honors from the University of Notre Dame and her law degree from the Indiana University Maurer School of Law. After law school, Sandy moved to West Virginia where she has represented the interests of West Virginians over the past 25 years.