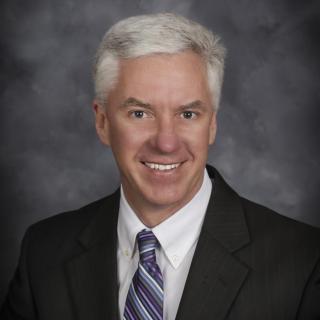 Scott McCarthy has been in practice since 1991 and is one of the most experienced trial lawyers in southern Wisconsin. Scott has taken countless cases to trial in Rock County, Dane County, Waukesha County, Jefferson County and more surrounding counties and counties around the State. He has won at every level including the Supreme Court Scott's success was noticed in 2007 when one of the larger firms in Madison asked Scott to join their litigation team. Scott founded the Janesviille branch of Murphy Desmond and was quickly named to the firm's Litigation Executive Committee where he helped guide the litigation department and the training of young attorneys. Over the past 2 decades Scott has won multiple million dollar personal injury cases including the largest accident injury verdict in the State in 2009 - 3.1 million dollars! He has also represented multi-million dollar corporations in litigation ranging from the design and construction of runways at the airport in Milwaukee to cases involving storage and use of sensitive information on computer systems. Scott's commitment to his wife of 25 years and 5 children led him back to his hometown of Milton where he opened McCarthy Law Office,LLC in 2012. Now all of that big firm experience can be obtained at a fraction of the price. Scott has worked in the area of family law (Divorce, Paternity, Child support, Guardianship, adoption etc.), personal injury, wills and probate, criminal law, OWI and general practice for the entirety of his career. Let him help guide you through your most difficult situations. Scott was elected Rock County District Attorney in 1994 and served as the County's lead prosecutor for two years. While in office, he prosecuted five homicide cases and obtained convictions in each. As District Attorney, Mr. McCarthy forged positive relationships with prosecutors and local law enforcement agencies as well as many other agencies and groups throughout Rock County and the surrounding areas.