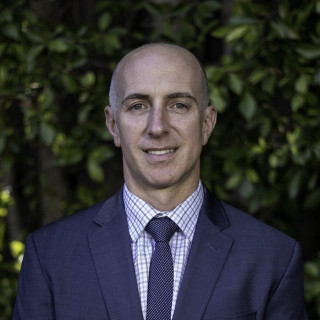 An appellate lawyer you can count on when everything is on the line.
Badges
Claimed Lawyer ProfileSocial Media
Biography

Scott Tillett co-founded Pine Tillett Pine LLP in 2016 where he handles civil appeals, specializing in plaintiff-side appeals with an emphasis on employment matters. Mr. Tillett is recognized as a Certified Appellate Law Specialist by the State Bar of California and he has been named to the Super Lawyers Southern California Rising Stars list consecutively since 2016. He was selected as one of five finalists for the Consumer Attorneys Association of Los Angeles's (CAALA) Appellate Attorney of the Year Award in 2019. Along with his partner, Norman Pine, Mr. Tillett was a recipient of the Daily Journal's 2020 California Lawyer Attorneys of the Year (CLAY) Award for his work on the landmark wrongful death civil rights action, B.B. v. County of Los Angeles (2020) 10 Cal.5th 1. He was also named one of The Daily Journal's "Top Labor & Employment Lawyers" in 2021.

In conjunction with his partner, Norman Pine, Mr. Tillett serves as an Associate Editor of Advocate Magazine, supervising the annual “Employment Law” issue. Mr. Tillett serves on the CELA Education Committee and the CAALA Wellness Committee. He is also a member of CAOC, AAJ, and the Appellate Courts Section of the LACBA.

Mr. Tillett received his Juris Doctor from the University of Southern California’s Gould School of Law in 2010. During law school, Mr. Tillett externed for the Honorable Judith C. Chirlin of the Los Angeles Superior Court and the Honorable Florence Marie Cooper of the United States District Court. Mr. Tillett was also a member of the USC Law, Review of Law and Social Justice, where he authored a note on the safety of pediatric off-label antidepressant prescription practices, which was published in 2010.

As an attorney, Mr. Tillett has authored articles for the CAALA publication, ADVOCATE, on the Private Attorney's General Act (May 2019), whistleblower protections (May 2018), the disentitlement doctrine (December 2017), and arbitration enforcement (June 2015).

Information Is Power - The danger of non-lawyers practicing law and a look at two useful employment cases
Advocate
May, 2021

Seeing Employees Through A Different Light - When defense counsel denigrates “employees looking to get a free ride,” it may be proper to remind the jury of today’s real heroes
Advocate
May, 2020

This Is Not A Race - California’s whistleblower protections are not limited to the first report of unlawful conduct
Advocate
May, 2018