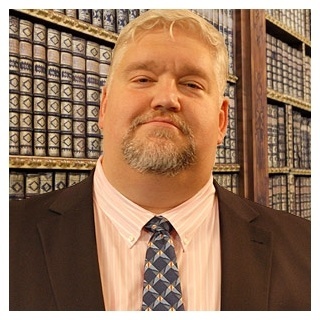 I'm originally from Buchanan County, Virginia. I graduated from King University in 1994, and from Wake Forest University School of Law in 1997. I started practicing in Raleigh in 1997, and worked for insurance companies for three years. In 2000, I changed sides to represent injury people and have done that ever since. I have tried cases across North Carolina, and have represented thousands of personal injury clients across the southeastern United States, Canada, and Central America. I opened my own firm in April 2000, after practicing with some of the largest personal injury firms in North Carolina for years. I hold an "AV" rating with the Martindale-Hubbell attorney rating system, and have been chosen as a member of "Super Lawyers" for the last ten years.

Admitted to Membership
Million Dollar Advocates Forum
2013
Limited to attorneys have have achieved one or more settlements or verdicts for their clients of one million dollars or more.

Accepted to Membership
Multi-Million Dollar Advocates Forum
2013
Limited to attorneys have have achieved one or more settlements or verdicts for their clients of one million dollars or more.

Selected to Super Lawyer Status for North Carolina Personal Injury Lawyers
Super Lawyers
2012
Super Lawyers is a rating service of outstanding lawyers from more than 70 practice areas who have attained a high-degree of peer recognition and professional achievement. This selection process includes independent research, peer nominations and peer evaluations. I have been selected to this group for each of the last 10 years.