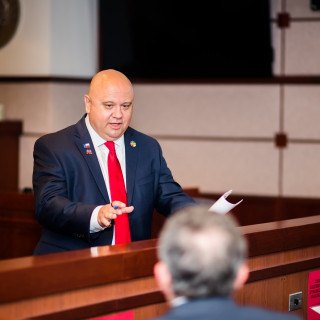 Sean J. Kilgore was born in Houston, Texas and was raised in Galveston. He moved to North Texas in 2006. He is married to Tiffani Lohmann Kilgore, and has two sons, William and Clayton.

Mr. Kilgore was a Patrick Henry Scholar while attending Hampden-Sydney College in Virginia. He received a Bachelor of Arts degree with his main focus in Political Science. Upon completion of his Bachelor’s degree, Mr. Kilgore attended the University of London where he worked towards a Master’s Degree in Political Science. He then returned home to Texas and attended Texas Tech University School of Law, receiving his Doctorate of Jurisprudence in 2005. Mr. Kilgore is also a graduate of the Leadership Denton Education program, where he has participated not only as a participant, but also as a Co-Chair and Chair –Elect. He was General Chairman of the Program for 2014-2015.