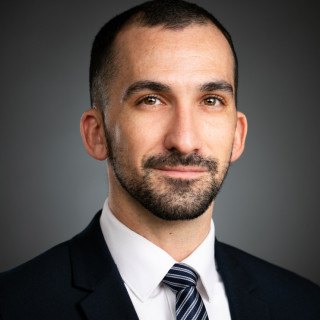 Sean Maye is a licensed attorney in good standing with the Colorado & Florida Bars. He is the CEO and founder of the Maye Law Group LLC. He is a solo-practitioner focusing in criminal law, family law, contract & insurance disputes, probate and civil litigation.

Prior to starting The Maye Law Group, Sean was a valued member of the Office of the Colorado State Public Defender as a Senior Deputy Public Defender. He represented indigent clients charged with major felony crimes in the Denver District Court. He has a winning trial record.

Before moving to Colorado, Sean was also a valued civil litigation associate with Isriel Ponzoli P.A. in Miami, FL. His experience in civil practice focused primarily on first-party property insurance disputes and on defense of usury claims for a major global financing corporation. He also practiced DUI and white-collar criminal defense, as well as family law.

Prior to civil practice, Sean began his career as an Assistant Public Defender with the Miami-Dade Public Defender's Office, where, he litigated dozens of cases to trial and conducted over 150 depositions of civilian, law enforcement and expert witnesses - gaining countless favorable outcomes.

Sean graduated from the University of Miami School of Law, where he was nominated and appointed to several academic honor societies and service organizations. He was also the President of OUTLaw, an esteemed member of the Society of Bar and Gavel, and the elected Chief Justice of the Student Body Association's Supreme Court. Based on his varied accomplishments, he was ultimately inducted into "Who's Who in American Law Schools" for 2014.

Sean was also recognized as an advocate of the Innocence Clinic, receiving the C.A.L.I. Award for Excellence in Writing and Advocacy, and he was a dedicated member of the Charles C. Papy Moot Court Board - where he competed in four national competitions and placed as a Quarterfinalist (Top 8) at the University of Miami Gaubatz competition

Q. Person A got into an argument with Person B. Person B pointed a gun at person A.
19 July 2021
A: The answer to this question requires A LOT more information. Some of the questions I would need answered are the following: Does person A live with person B or did the person A trespass into person B's home to get the gun and clips? What is the nature of the relationship between person A and B - romantic, family, friends? What was the argument about and did it ever get physical? What is the prior history between person A and B as far as physical violence? Do either person A or person B have a criminal history - and specifically a criminal record? There are A LOT of ways in which person A could get into trouble if the authorities learned of this. However, if or how much trouble depends on the circumstances. Person A should hire a lawyer for the purpose of just a quick consultation, which is confidential and privileged, to get ahead of the story.

Q. Can a person be charged with “eluding” if the officer never turned on his sirens, lights, or used any other method?
14 July 2021
A: I agree with Mr. Smith's answer below. However, one thing I would add is that the case law on Eluding does not make Mr. Smith's answer the end of the conversation. In certain prior cases, the appellate courts conclude that it could be inferred someone knew or should have known they were being pursue by law enforcement, through minimal visual cues, if they accelerated, weaved out of traffic or physically acted in some manner that is consistent with someone who is aware of the police pursuing them to some degree. This means you will need to assess the specific facts of your case to truly know what your best defenses are. That said, if the evidence unequivocally states that there were no lights or sirens, you have a VERY strong and defensible case that should likely be pushed to trial.

Q. I would like to know how it is possible to be charged with felony assault from a compulsive liars "word" no Witness
23 March 2021
A: Unfortunately, this happens a lot. Especially if the accuser is in an intimate relationship with the accused person and the allegations involve domestic violence. A case like this, with a significant lack of evidence, is very defensible. Consult with an attorney ASAP to assess your best options.