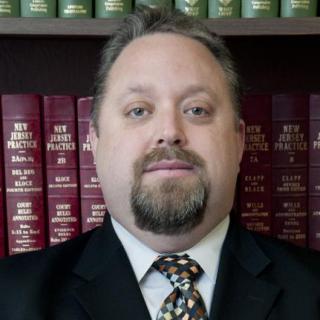 Born in Brooklyn, New York, Mr. Kurs spent his elementary school years in Reynoldsburg, Ohio, and then the remainder of his primary education years in East Windsor, New Jersey.

He received his Bachelor of Arts degree from Thomas Edison State College, and his Juris Doctor degree from Brooklyn Law School, and is admitted to practice law before the courts of New Jersey, New York, Pennsylvania, and the Federal District of New Jersey.

Mr. Kurs completed a Civil Internship with the American Society of Composers, Authors, and Publishers (ASCAP), a Criminal Internship with the New Jersey Division of Criminal Justice, Office of the Attorney General, Organized Crime and Racketeering Bureau, and served as the Judicial clerk in the Supreme Court of New York, Kings County, Criminal Division, Domestic Violence Part, with the Honorable Charles A. Posner.

He has a lifelong commitment to community service. He has been an Emergency Medical Technician (EMT) for more than thirty years, with experience in heavy rescue, extrication, hazardous materials (HazMat), emergency management, and he has been a 9-1-1 dispatcher. To this day, Mr. Kurs maintains current certifications and continues to serve as a EMT. Mr. Kurs joined with other attorneys who are also EMTs or Paramedics, and co-authored a legal treatise on EMS Law. Mr. Kurs serves as pro bono counsel for numerous volunteer EMS and Fire Departments.

Mr. Kurs serves as the Municipal Court Judge of Hightstown, and as such he can no longer accept any criminal, traffic or restraining order matters.

Pennsylvania
Disciplinary Board of the Supreme Court of Pennsylvania
ID Number: 327131
Since 2019