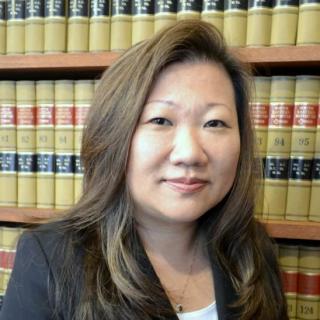 Are you considering filing for bankruptcy?...Life is full of surprises, and situations like a divorce, a job loss, or a medical emergency can place a heavy burden on your finances. When unexpected burdens arise, it can seem like all odds are against you, and you have nowhere to turn for help. If you're in danger of going into debt, or currently struggling to get out of debt, then speaking with a bankruptcy lawyer may be a wise decision to help better manage your debt, or give you a fresh start. Sharon Choi Stuart is the founder of Stuart Law Firm, LLC in Richmond, Virginia. Sharon is admitted to the Virginia Supreme Court, the US District Court of the Eastern District of Virginia, and the US Bankruptcy Court of the Eastern District of Virginia. Sharon is part of the Richmond Bar Association/Virginia State Bar (Bankruptcy Section) and is a member of the International Women's Insolvency & Restructuring Confederation and the President of the Metro Richmond Women's Bar Association. Sharon Choi Stuart has been a practicing bankruptcy lawyer since 2001. She knows how to stop foreclosure proceedings and protect you from harassing collection calls, garnishments, and judgments. Sharon recently taught a CLE bankruptcy seminar on Chapter 13 and 7 Procedures. She authored "Off the Beaten Path: Representing Consumer Debtors Two Years After BAPCPA," which appeared in the Winter 2008 edition of Docket Call, the newsletter of the Young Lawyers Conference of the Virginia State Bar. Ms. Stuart was also a panel speaker at the 2005 Statewide Legal Aid conference. Ms. Stuart earned her B.S. degree from James Madison University with a double major in political science and English. She also earned her J.D. degree from the University of Richmond Law School. During law school, she advised the AFL-CIO during the 1998 legislative session as part of the University of Richmond Law School's internship and assisted in juvenile cases as a third-year law student with the Mental D