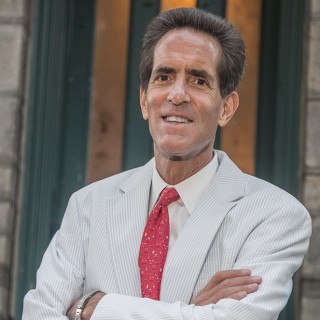 At Stern Law, Slate J. Stern represents clients in personal injury and business litigation issues. Mr. Stern has called New Mexico home for more than two decades. In that time, he has successfully held negligent parties accountable for a client's losses and helped business owners protect and grow their enterprises.

Mr. Stern's practice areas are comprehensive. He has obtained six- and seven-figure awards for people who have suffered incidents that include trucking accidents, brain injuries, medical malpractice and explosions. When it comes to business law, he represents clients in partnership disputes, insurance matters, real estate disputes, business torts, and breaches of contract and fiduciary duty. He has represented clients before both state and federal courts. Mr. Stern is also a seasoned negotiator who helps clients resolve matters without going to litigation.

As a testament to his achievements, Mr. Stern has earned honors that include a lifetime membership in the Million Dollar Advocates Forum; being listed in America's Top 100 Attorneys; receiving the highest peer rating possible of AV Preeminent* from Martindale-Hubbell; and being named a Super Lawyer.

Mr. Stern received an undergraduate degree in English from The University of Texas at Austin. He earned a law degree from the Oklahoma City University School of Law and holds a Master of Arts in liberal arts from St. John's College.

Outside of his office, Mr. Stern regularly volunteers for local organizations. He also enjoys extreme outdoor activities. Mr. Stern has competed in the Ironman triathlon, climbed Mount Everest and pulled a sled from Siberia to the North Pole.

Q. If a ceiling fan installer falls off his ladder am I liable for his injuries?
June 7, 2021
A: The answer to your question would depend on the circumstances of the fall. Did the fall occur because through your own fault or the installers fault? Was the installer professionally hired to undertake the work? Did he have worker's compensation insurance. Without more information, it's impossible to answer your question. The area of personal injury law is broad and includes many different types of claims that can arise from a wide variety of accidents and other incidents. Within personal injury law, there is a particular type of claim known as a premises liability claim. Yet even the area of premises liability is relatively broad itself, and it can be complicated to learn about the distinct types of premises liability claims, especially since some of them might seem quite different from one another.. Generally speaking, a property owner in New Mexico can be liable for injuries in a premises liability if there was a hazardous condition on their property that a reasonable property owner would have corrected or warned visitors about. Hazardous conditions might include, for example, a liquid spill, or damaged or torn flooring. However, injured people can also bear some—or all—responsibility for their own injuries if they slipped and fell because they were texting while walking or intoxicated.