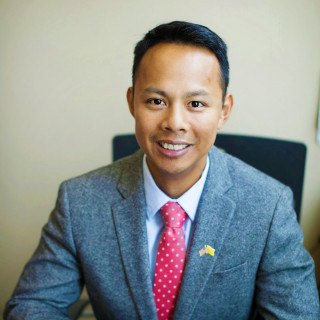 Sonny Nguyen is a Vietnamese American, the first generation of South Vietnamese immigrants in the United States. His father, Thu-Ba Nguyen, was one of the early refugees known as "boat people", who served and was loyal to South Vietnam. After many years of political imprisonment, Thu-Ba took his two-year-old son and fled from their beloved homeland.

Sonny is bilingual, he speaks and writes Vietnamese and English fluently. He earned his Juris Doctor (J.D.) in 2015 and continued to Willamette University where he received his Master of Laws (LL.M.) in Alternative Dispute Resolution (ADR) with Mediation and Arbitration.

Growing up in Seattle, Sonny has a strong desire to advocate for justice and protect the people of his community. As a Vietnamese refugee, he witnessed the injustices of humanity and understood the struggles and losses that not many can. His incredible personal experiences, knowledge of the law, compassion for clients, and relentless pursuit of justice have helped him achieve great results.

Sonny enjoys singing in the choir for the Vietnamese Parish Church with his wife and cooking, on the weekends. Sonny is a student of Buddha, Confucius and Jesus. Focusing on the best version of himself each and every day.

Attorney
Park Chenaur and Associates, Inc., P.S.
2016 - Current
Expand the scope of practice to the Vietnamese Community in the greater Seattle area.

US District Court of Western Washington
ID Number: 53084
Since 2019