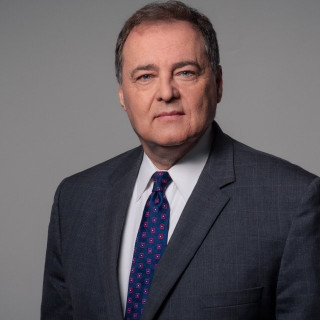 Born in Birmingham, Stan and his family moved to Huntsville, Alabama when he was seven (7). Stan grew up feeling the ground shake with the testing of rocket engines produced at Huntsville's Marshall Space Flight Center, as well as the sights and sounds of summers on his family's 100 year old farm in Blount County, Alabama.

After graduating from Huntsville High School, Stan graduated from Birmingham-Southern College in 1987, and the University of Alabama School of Law in 1990 (where he served as Managing Editor of the Law and Psychology Review and was active in the Law School's famed Trial Program). After law school, Stan was given the honor of serving as a law clerk to Alabama Supreme Court Associate Justice Janie L. Shores. From there, Stan began his career as a practicing Alabama trial lawyer, working in large cities (Birmingham and Montgomery) and small towns (Anniston and Oneonta) representing those accused of crimes and those injured or defrauded.

Since their marriage, Stan and his wife, Elizabeth, have dreamed of practicing law together and worked toward creating “their firm” and practicing law “the right way”. In 2017, Stan had the honor of starting a new practice with Elizabeth in her hometown – Tuscaloosa.

Away from the courtroom and office, Stan serves on the Alabama Democratic Party's State Executive Committee and Board, as well as on Alabama State Bar Association's Unauthorized Practice of Law Committee and has served on the Board of Directors of the ACLU of Alabama. Stan is a member of the First United Methodist Church in Tuscaloosa.

University of Alabama School of Law
(1990)