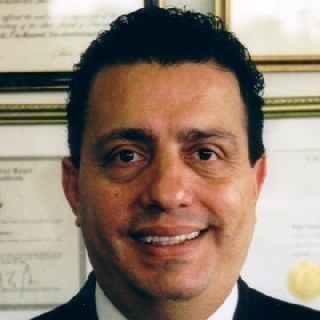 Born on the 4th of July, Stephen Mashney has independence in his genes! Since childhood, he confronted bullies & fought his way from elementary school till today. Stephen will not look the other way when he sees injustice. He will fight for the underdog & win. Stephen has compassion for & respect to others including animals. As a child, Stephen adopted countless stray cats & dogs & he would not hurt a fly today.
In 1978, Mr. Mashney received his Bachelor of Pharmacy degree from Cairo University, Egypt & worked as a pharmacist in Ramallah. In 1979, he immigrated to America & lived in Jacksonville, FL, where he promptly accredited his Egyptian pharmacy degree & received his second Bachelor of Pharmacy degree from the University of Florida in Gainesville. Stephen was licensed & worked as a pharmacist in Florida. Afterwards, he moved to San Rafael, Marin County, CA, & became licensed to practice pharmacy in California.
Stephen soon realized that the count & pour pharmacy environment was not challenging to him. So, while working as a full-time pharmacist, he enrolled in law school at San Francisco Law School, in CA. He graduated & received a Jurisprudence Doctorate (J.D.) degree, passed the California Bar examination on his first try, & was admitted to practice law in California.
In 1994, Stephen moved to Orange County, CA, founded Mashney Law Offices (MLO) in Anaheim without working for any attorney employer. Today, MLO has grown from a one-person operation to a reputable, multi-faceted law firm handling cases in various California & Federal courts, including personal injury, auto, truck, motorcycle & other serious & catastrophic accidents, workers' compensation, medical malpractice, wrongful death, traumatic brain injury (TBI), drowning, sexual harassment, dog bites, products’ liability, criminal defense, DUI, bankruptcy, real estate law.

Mashney Law is a multi-faceted law firm handling a variety of cases in Orange County and Los Angeles County in both California and Federal courts. We are here to fight...