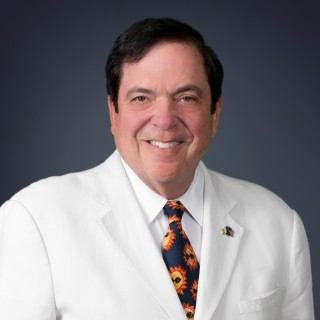 Stephen M. Komie is the founder of Komie and Associates, and he has over 40 years of experience successfully representing clients in state, federal, and international trials and appeals. Mr. Komie is best known for high profile cases such as his defense of Sandra Fabiano for child abuse and John Carroccia for murder, which were widely reported in the Illinois media. He has helped numerous clients achieve victory in criminal and civil trials across Illinois and the United States.

Mr. Komie provides his clients with dedicated, tenacious defense against criminal charges, and he has won many landmark decisions, including the 1995 asset forfeiture case of U.S. v. $506,231.00. He has argued five separate cases before the Illinois Supreme Court, most recently winning a decision in the 2017 case of People v. Ringland against an Illinois state prosecutor who had created his own illegal investigative police squad.

Stephen Komie has been recognized with a number of honors and awards throughout his career. In 2015, he served as an ambassador for the Rededication of the Magna Carta in Runnymede, England to celebrate the 800th anniversary of the signing of this important legal document. In 2006, he served as a delegate to The Hague Convention on International Child Abduction in The Hague, Netherland. He has been named as one of the Top 100 Trial Lawyers by The National Trial Lawyers and the American Trial Lawyers Association.

Mr. Komie has served as a leader among lawyers throughout his career. He has been a member of the Illinois State Bar Association's Assembly since 1985, and he has served on the ISBA's Board of Governors for 18 years. He authored the Attorney's Bill of Rights, which was adopted by the Illinois Supreme Court. He continues to fight for people's rights through his involvement in organizations such as the National Association of Criminal Defense Lawyers and the National Organization for the Reform of Marijuana Laws.

Little RICO Bill Should Not Be Passed
The Bar News
June, 1984

Little RICO in Illinois, The Case Against It
Chicago Daily Law Bulletin
April, 1984

ISBA Board of Governors Award
ISBA
1991
For Advocating Individual Rights of Lawyers in Disciplinary Proceedings and for Services to the Bar, June 1991

Illinois Attorneys For Criminal Justice
Founding Member
Current
Activities: Served on the Board of Directors and as the Parliamentarian of the National Association of Criminal Defense Lawyers (NACDL), Member NACDL CFAA Reform White Collar Crime Subcommittee, 2014

ABA Small Firm and Solo Practitioners and ISBA Judicial Compensation, Governance for the New Century, and Protection of the Public From the Unauthorized Practice of Law
Current

U.S. Court of Appeals for the Eight Circuit
Since 1982

U.S. Court of Appeals for the Seventh Circuit
Since 1976

U.S. Court of Appeals for the Sixth Circuit
Since 1989

U.S. District Court for the Central District of Illinois
Since 1985

U.S. District Court for the Eastern District of Michigan
Since 1995

U.S. District Court for the Eastern District of Wisconsin
Since 1997

U.S. District Court for the Northern District of Illinois
Since 1976

U.S. District Court for the Northern District of Indiana
Since 1985

U.S. District Court for the Southern District of Illinois
Since 1985

U.S. District Court for the Western District of Michigan
Since 2003