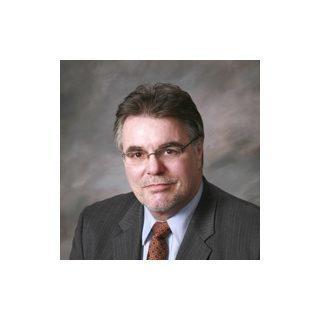 Stephen M. Pascarella, Esq. was born in Staten Island, New York on April 14, 1956. His family moved to Howell Township, Monmouth County, New Jersey in January of 1957. Mr. Pascarella has been a lifelong resident of Monmouth County. He is a 1974 graduate of Howell High School where he lettered in three varsity sports. Subsequent to his graduation he attended the University of Maryland on a football scholarship. While at the University of Maryland Mr. Pascarella, in addition to participating in football, was a member of the Delta Upsilon Fraternity and, in 1977, interned for Congressmen James J. Howard where he earned the LBJ scholarship. Mr. Pascarella went on to become a staff assistant with the Congressman and worked with the Subcommittee on Surface Transportation.

While in college Mr. Pascarella, in addition to the above, was also actively involved with the Young Democrats, Sen. Paul Sarbanes and Rep. Gladys Spellman's campaign re-elections, President Jimmy Carter's election campaign and with the American Cancer Society.

Mr. Pascarella was employed with the Monmouth County Prosecutors Office from January, 1984 to May, 1985 where he served as both a legal assistant and Assistant Prosecutor. Subsequent thereto he entered private practice. During the 25 plus years of practice Mr. Pascarella has appeared in all Courts in the State of New Jersey, including the New Jersey State Supreme Court where he successfully argued the unconstitutionality of the Bias Crime Statute. Additionally, Mr. Pascarella has made appearances in both the Federal District Court's and Circuit Court of Appeals.

Mr. Pascarella has held memberships in the American Bar Association, the Monmouth Bar Association and the National Association of Criminal Defense Lawyers. He has also appeared as a commentator on NJ 12 and has made appearances on numerous talk shows, among them the Montel William’s Show.

Among Mr. Pascarella's interests he enjoys traveling, reading, Civil War history, gourmet cooking and serving his community. Although not married he enjoys spending time with his immediate family, including his three brothers and their children.

Those in the legal community have described Mr. Pascarella has "a lawyer's lawyer"; "a tenacious litigator who never stops representing his clients"; and "a well prepared, intelligent advocate with a common sense approach". When asked to describe himself and his goals for the future Mr. Pascarella sums it up with his favorite quote "God is first; My Family and Friends are second; and I Am Third".