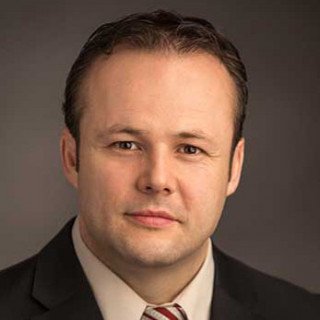 Steve is one of the premier defense attorneys in the State. He started his career as a prosecutor. During this time, he gained an intimate knowledge of various Domestic Violence Courts, Drug Courts, DUI Courts, and other criminal court programs and procedures. Steve has spent over 6,000 hours in court and has argued more cases than most attorneys do in a lifetime. Recently, he completed his term as the President of the Utah Association of Criminal Defense Lawyers. Because of his expertise, he has been asked to train other attorneys on domestic violence defense, DOPL defense, and criminal legislative affairs. He has had broad success in front of many city, county, and district judges in the state.

During his career, Steve has built up a reputation as a skilled and trusted attorney. Because he believes in treating his clients with respect, he will take time to listen to and understand your concerns and will give honest answers and straightforward advice. He is also known for using his knowledge gained as a prosecutor to find unique solutions that match his clients’ unique needs and situations.

In addition to criminal prosecution and defense, Steve served as a part-time "pro temp" judge in North Salt Lake for five years. As a defense attorney, he uses his unique experience in the courtroom to find the best solutions for his clients. Before becoming an attorney, he worked in the State Attorney General’s Office, Utah Governor’s Office under Governor Huntsman, and in the Office of Congressman Chris Cannon in Washington D.C. Additionally, he traveled to Rome, Italy to briefly work for the world’s largest law firm Baker & McKenzie. Currently, Steve practices in Utah and focuses exclusively on criminal defense with an emphasis on violent crimes and domestic violence defense.

Utah Defense Attorney Tip of the Week
In This Week

Preparing for a Practice in Criminal Defense
The Culture of Law

Utah Association of Criminal Defense Lawyers
Board of Directors
2011 - Current

What is the process for criminal cases in Utah?