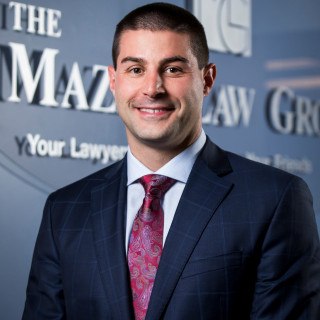 Steven Trialonas focuses his practice on criminal defense and select civil litigation matters. He represents clients in state and federal criminal cases, irrespective of the severity of the offenses; all criminal allegations are serious when levied against an individual and will be treated as such. Steven has represented medical doctors, nurses, and other licensed professionals in the investigation phase with success to avoid charges being filed, as well as after charging or indictment to trial. Steven has handled numerous cases at both the state and federal level in both Pennsylvania and New York. Most recently in a high profile case, Steven successfully tried a criminal case involving a dentist charged with multiple felonies including Rape, Attempted Rape, Kidnapping, Sexual Assault, and two counts of Indecent Assault. Client was accused of putting his patient under sedation, driving her to a location she did not want to be taken to and having sex with her while she was unconcious. Bail was set at $1 million as a result of the pre-trial publicity. Steven was able to secure Not Guilty verdicts on all counts after a hotly contested four-day jury trial. A lifelong resident of Centre County, Steven understands that many college students make mistakes upon experiencing the freedom and independence of living on their own for the first time in their lives. Steven also understands the unique party culture of Penn State, and the constant push and pull between citizens of the town, Penn State University, and the police/prosecution. In light of the lifelong impact a criminal record can have on a college student upon entering the workforce, Steven understands these cases must be handled delicately from start to finish in order to best assure a clean slate for all clients after the criminal process is over. Additionally, Steven has developed a substantial practice related to fraternity organizations that involve grand jury investigations as well as the criminal defense.