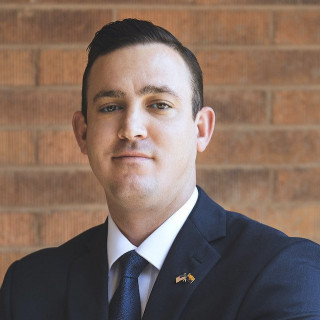 Attorney Steven Scharboneau primarily focuses in the areas of criminal defense, legislative advocacy, and appellate advocacy. He is extremely passionate about protecting the rights of others and achieves this by advocating for his clients directly in the courtroom and indirectly at the legislative level as a lobbyist.

Steven works with Arizona’s top criminal justice reform leaders in an effort to transform Arizona’s penal system. He regularly spends time at the Arizona State Capitol meeting with elected officials, community leaders and special interest groups and frequently testifies in Arizona House and Senate committees. He is regularly quoted and interviewed by the media for his expertise on criminal law and justice issues in Arizona and has spoken at a number of private and public speaking engagements. His writings on topics of the law and politics are often published as guest commentary in news media outlets.

During his legal career, Steven has achieved a myriad of victories for his clients including several appellate wins. He is also responsible for drafting and ushering successful legislation such as Arizona’s law prohibiting for-profit commercial mugshot companies and Title 28 (Vehicular Code) reform legislation - both of which were signed into law by Arizona’s Governor.

When not working, Steven enjoys spending time with his family. Steven often volunteers in his community and sits on the board of two non-profit organizations as well as serves as the Vice Chair of the Phoenix Rio Vista Village Planning Committee by appointment from the former Mayor, Greg Stanton.

Arizona Emergency Declaration Curfew – What does this mean?
Arizona Attorney
2020

First-time Felony? You May Be Able to Vote Now in Arizona
Phoenix New Times
2020

Prop. 207 brings expungement for some, why stop there?
Arizona Capitol Times
2020

Fulfilling Your Life After Prison, Handcuffed to Freedom Podcast
2020

Proposition 207 - Expungement, Prop 207 Could Have Huge Impact on Criminal Justice Reform in Arizona
2020

Q. Can I be charged a felony on a charge that city convicted me on dui 1 other?
September 19, 2022
A: The answer is it depends. Generally speaking, it isn't uncommon for DUI charges to start off as a misdemeanor and then be referred up to county for felony prosecution. I've seen this happen plenty of times before. It really will depend on the fats of your case and the way they charged it. There are many more nuances to navigating this, and contacting an Arizona criminal defense attorney to discuss your case is your best bet at this point. Most criminal defense attorneys--myself included--will take a phone call to discuss your case free of charge. You will get a more precise understanding this way.

Q. In 2018 the court set aside my disorderly conduct and my record from the Glendale Municipal Court states “13-907.01” ?
September 13, 2022
A: I'd have to look more into this. That said, if you were a juvenile at the time there could be options for having your record sealed all together. Also, there is a new law that will go into effect on 1/1/2023 that will provide an avenue for expungement in Arizona. This may be something you want to explore. If you have more questions about this, most criminal defense attorneys (myself included) will discuss your case with you at no charge.

Q. Can I be detained on property waiting hours for warrant. And when do I get property back after charges were dropped
September 13, 2022
A: The answer is it depends. There is a lot more information I would need to know to accurately answer that question. If you were placed under arrest and there was sufficient probable cause for the arrest, then police can hold you until they get a warrant for a search. If they did place you under arrest but were temporarily detaining you, they would have to have reasonable articulable suspicion for the temporary detention. The temporary detention can only be for as long as reasonably necessary to carry out the mission of the temporary stop. There is a lot more to an analysis like this one, but if the police did violate your rights, the remedy for the violation is suppression of the evidence collected so long as it is tied to the illegal search. It sounds to me like there may be an issue with your case and you should reach out to a criminal defense attorney to discuss further. Most criminal defense attorneys (including myself) will talk to you about your case free of charge.

Expunge Your Prior Marijuana Conviction, Explanation of Proposition 207