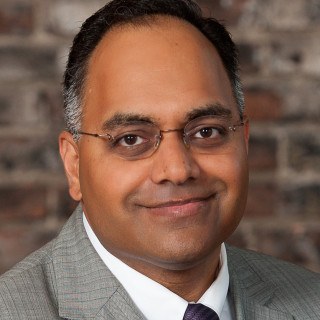 Subodh (rhymes with “abode”) Chandra (rhymes with “tundra”) is the founding and managing partner of The Chandra Law Firm LLC. Chandra’s practice focuses on high-profile civil and appellate litigation, including civil-rights, employment, and business litigation; and on internal investigations and white-collar-criminal law, in both federal and state courts. The litigation that Chandra handles often has a crisis-communications, public-policy dimension.

Before founding the firm, Chandra served as Director of Law of the City of Cleveland, a billion-dollar corporation. Chandra led the work of an 82-lawyer department with both criminal and civil divisions. He also sometimes served as the City’s acting mayor. As Cleveland’s general counsel, Chandra handled legal work in-house and slashed by nearly 90% spending on outside counsel, saving millions; moved vigorously through in-house investigations to clean up internal corruption; restored the department’s reputation; and attracted top performers who helped make it Ohio’s most diverse law firm.

Before that, Chandra served as a litigator in large firms in both Cleveland and Los Angeles, and served as special presidential counsel at the American Bar Association.

Chandra is a graduate of the Yale Law School, where he was executive editor of the Yale Law & Policy Review. He also graduated with honors and distinction from Stanford University, which awarded him the John Gardner Fellowship to work with Ohio Governor Dick Celeste.