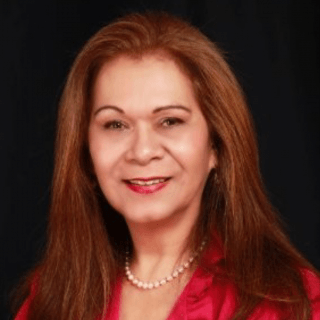 An attorney licensed in Maryland and DC, Ms. Ontaneda-Bernales has also been admitted to the United States Supreme Court and the U.S. District Court for the District of Maryland. She has founded the Law Offices of Sylvia Ontaneda-Bernales (Maryland), Ontaneda-Bernales Law (Nevada), and Ontaneda-Bernales LLC (New Mexico). Her Immigration practice includes Relative Petitions, Fiance Visas, Naturalizations, Green Card Applications, Business and Investor Visas, and DACA, among other Immigration-related services. As a mediator, she has worked for the District Court of Maryland ADR Program. She is also a Spanish language consultant, translator, and interpreter listed in the Maryland Court Interpreter Registry. Ms. Ontaneda-Bernales memberships include various professional organizations and is Past President (2009-2010) of the Maryland Hispanic Bar Association. She obtained her Juris Doctorate degree from the George Washington University National Law Center, and holds an MA in journalism as well as a dual BA in journalism and social psychology from the University of Nevada, Reno, and is a graduate of the Pontificia Universidad Catolica de Lima, Peru (BA). Her journalistic career encompasses both the print and broadcast media and includes work as a freelance feature writer, book and newsletter editor, literary translator, television producer, documentary producer/director, and media consultant. Governor Martin O'Malley appointed Ms. Ontaneda-Bernales to the Maryland Health Care Commission in 2007 and in 2010 to the Commission to Study the Impact of Immigrants in Maryland. In 2010 Baltimore City Mayor Stephanie Rawlings-Blake appointed her to the Wage Commission. In 2008, The Daily Record, a legal news daily, named her one of Maryland's Top 100 Women. Super Lawyers Magazine named her a Maryland Rising Star in January 2011, 2012 and 2013. Baltimore Magazine has also ranked her as Top Lawyer in Maryland.