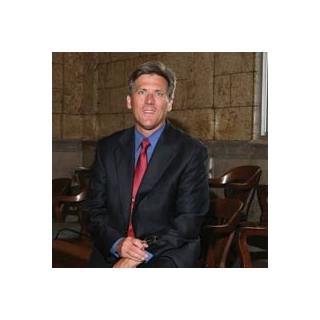 Michael has spent the last ten years as a Special Assistant Attorney General representing the interests of the State and the County in protecting children in deprivation cases. He spent the previous 11 years as Carroll County Public Defender. Michael has personally tried hundreds of cases before the State and Federal Courts of Georgia. He has also done pro bono legal work for the Georgia Legal Services Program and has been recognized as a "Star Performer" for his representation of women in domestic violence divorces who could not afford an attorney.

Michael entered the practice of law in 1985 when he joined the former Word, Cook and Word, Attorneys. They immediately put Michael in Court where he tried jury trials in lemon car cases. One year later, Michael formed the firm of Word & Flinn with Gerald P. Word. Michael and Jerry served as public defenders and maintained a thriving private practice for over ten years. Michael has been in solo private practice for the past nine years.

Michael is married to the former Marni Pinkerton, owner of Ms. Marniâs Pre School. Marni has lived in Carrollton most of her life and is a graduate of the Carrollton City School system and the University of West Georgia. They have three children, Katy, Justin and Logan. Michael and Marni are members of Carrollton First United Methodist Church. Michael has been a volunteer soccer coach with the Carrollton Parks and Recreation Program for over 17 years. He was instrumental in beginning the select soccer program and the four year old program. He was recognized as Athletic Volunteer of the Year in 1997. He was recognized as a Georgia Youth Soccer Regional Volunteer of the year in 2005. In addition to graduating from the Carroll County Chamber of Commerce Leadership Academy, Michael has served his community as President of the Carrollton Jaycees and as Empty Stocking Fund Chairman for two years. Michael was recognized for his community service efforts with the Crutchfield Memorial Award. Michael has also served on the Board of Trustees of Oak Mountain Academy which his three children attend.

"Consumers deserve and should expect the best from their lawyers. The best in reasoned fairness. The best in integrity. The best in strong enforcement of the consumer laws. Having been raised in a home where I was taught âa manâs word should be his bondâ, I pledge to uphold that tradition of honesty and integrity and to continue my service to Georgia consumers."