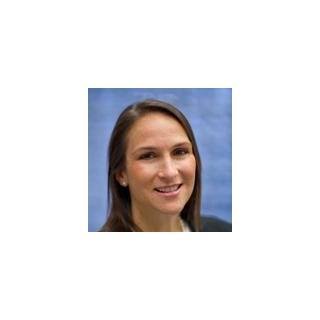 Tamara Kluger Jacobson was born in Montreal, Quebec, Canada on February 7, 1970 to Rubin Kluger and Jeannine Boyer Kluger. At the age of two the family moved to Miami Beach, Florida where Ms. Jacobson attended public schools including Bay Harbour Elementary, Nautilus Junior High School and Miami Beach Senior High School. During her time in High School, Ms. Jacobson participated in a court observer program where she was partnered with a district attorney from the Dade County District Attorney’s Office during the time that Janet Reno was the District Attorney.
Ms. Jacobson is a proud alumni of the University of Alabama where she completed her Bachelor in Arts degree in Criminal Justice with a minor in English. While in College, Ms. Jacobson was a member of the Sigma Delta Tau Sorority and eagerly participated with philanthropic work for battered women.

After completing her undergraduate studies Ms. Jacobson attended Mississippi College School of Law in Jackson, Mississippi for a year before transferring to Tulane University School of Law in New Orleans, Louisiana, earning her Juris Doctorate Degree in 1993. While in Law School, Ms. Jacobson served as a law clerk for Entergy Corporation with the team that worked on the multimillion dollar merger with another energy corporation.

Upon completing her degree she proudly accepted a position as a Law Clerk to the Honorable Tucker L. Melancon who had been appointed as a United States District Court, Eastern District of Louisiana, in Monroe, Louisiana. This position was extremely rewarding as it allowed her to learn the intricacies of the federal court system.

In 2000 Ms. Jacobson was appointed by Governor Foster as a Commissioner to the Louisiana Human Rights Commission. She served in that capacity through the administration of Governor Blanco and was then appointed as the Chair of that Commission by Governor Jindal.

Ms. Jacobson has been a long time lay leader with the Jewish Federations of North America. She presently serves on the National Young Leadership Cabinet, the Greater New Orleans Jewish Federation Board, The Jewish Endowment Board and numerous committees for those organizations. In 2009 Ms. Jacobson was selected to accept the Garon Young Leadership Award which was presented to her in Washington DC at the General Assembly for the United Jewish Communities.

Ms. Jacobson is a board Member of the YWCA and has participated in the rebuilding efforts since the local facility was decimated during Hurricane Katrina. Ms. Jacobson also greatly enjoys serving on numerous committees at her childrens’ school. Most recently Ms. Jacobson has accepted a position as a board Member for the local chapter of the Juvenile Diabetes Research Foundation.