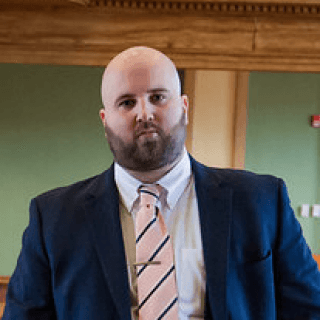 Tom joined Pate & Johnson in 2017 after graduating with honors from the University of Georgia School of Law.

While in law school, Tom honed his trial advocacy skills competing as a member of the moot court and mock trial teams. He also earned awards for achieving the highest marks in his Torts and Constitutional Law classes.

In his last year of school, Tom served as a research assistant to Professors Dan T. Coenen and Michael Wells, where his work focused on constitutional law, the early history of the U.S. Constitution, and civil rights litigation. Tom was also one of a few students selected to participate in a seminar led by Supreme Court Justice Clarence Thomas.

Prior to law school, Tom graduated from Emory University in 2012, where he majored in Sociology and minored in History with a concentration on the history of the American South. After graduating, Tom clerked at a boutique litigation firm in Midtown Atlanta before pursuing his own career in the law.