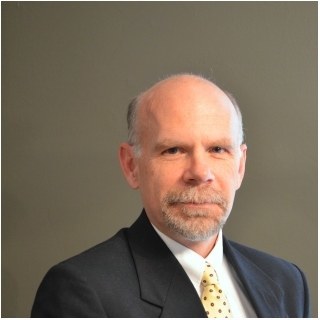 Mr. Roberts was admitted to practice law in Virginia in 1986 and before the United States Supreme Court in 1991. Mr. Roberts has a broad background of experience in litigation and business. His practice includes the successful representation of clientele in obtaining recoveries in cases of personal injury, in commercial disputes, and in civil rights. Additionally, Mr. Roberts has served as corporate counsel and director for several electronic technology corporations. Mr. Roberts is a founder and the principal member of the firm of Thomas H. Roberts & Associates, P.C. He earned his Bachelor of Arts degree with honors in business and economics from Gordon College in New England and his Juris Doctorate degree from the University of Richmond Law School. With a passion for liberty and justice, Mr. Roberts regularly represents individuals protecting rights and enforcing the constraints on government officials guaranteed by the Constitutions of the United States and Virginia. Mr. Roberts family arrived in the United States in 1667 seeking religious freedom – he continues that strong tradition in litigating matters involving religious freedom. Mr. Roberts lived four informative years in Afghanistan, and has witnessed first hand the dramatic differences between countries with deep traditions of religious liberty that have enabled the blessings of a people who understand the gravity of the words adopted on July 4, 1776, “We hold these truths to be self-evident, that all men are created equal, that they are endowed by their Creator with certain unalienable Rights, that among these are Life, Liberty and the pursuit of Happiness.” Mr. Roberts was the first attorney in the history of Henrico County, Virginia to obtain a jury verdict in excess of $1 Million in the Circuit Court. He has worked on numerous trial and appellate cases over the last two decades that have involved briefing and argument of complex issues resulting in both reported and unreported decisions.

Q. Is our notarized marital agreement still valid even if my husband crossed out his signature after completing it?
12 September 2017
A: If he signed before a notary but never delivered the proposed agreement to you then the acceptance of the offer may not be complete. Not "signed, sealed and delivered.". Otherwise, if there was a meeting of the minds supported by consideration then you probably have an enforceable agreement as Wayne E Holcomb, Esq stated, the "form" is not important. A contract may be written on toilet paper for that matter.

Q. My husband abandoned me won't tell me where he is and I only have his email address. How can I get support money?
12 September 2017
A: You should contact an attorney, and file a petition for support. Attorneys should be able to locate your husband to get him before the court.

Q. If my tenant breaks lease, can I keep the security deposit?
12 September 2017
A: You should consult an attorney. The contract and/or the Virginia Landlord Tennant Act should be referenced. https://law.lis.virginia.gov/vacodepopularnames/virginia-residential-landlord-and-tenant-act/. You should consider § 55-248.15:1. Security deposits if the act applies.