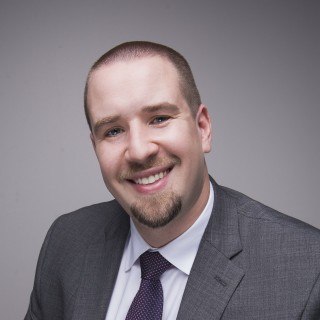 A Proud Minneapolis Background:
Thomas “Tommy” Leavitt was born and raised on the South Side of Minneapolis and is proud to continue to call that community home. He attended high school at Minneapolis Washburn, where he played both basketball and football. On the gridiron is where he truly shined, earning a scholarship to play for the University of Minnesota Golden Gophers. Leavitt was known for being both a smart and aggressive player, two traits he proudly carries into the courtroom.

A Prestigious Education:
Tommy Leavitt earned his Juris Doctor from the University of St. Thomas School of Law. U.S. News and World Reports ranks St. Thomas as the top private law school in the state of Minnesota. In 2017, UST Law was named the #2 law school in the United States for practical training by National Jurist.

Legendary Mentors:
To be the best, you need to surround yourself with the best. Leavitt spent two years being mentored by prominent defense attorney Earl Gray. Leavitt first met Gray when Gray gave him a job as a research assistant during law school. Leavitt then spent two years being mentored and observing Gray in state and federal court on cases ranging from felony drug crimes to murder.

After law school, Leavitt picked up contract work and valuable mentorship from noted trial attorney Samuel McCloud. McCloud is known for his no-nonsense attitude, which lead him to accrue a larger-than-life reputation and win over 500 jury trials while making groundbreaking case law in the state of Minnesota.

In The Field:
Mr. Leavitt has worked the range of criminal cases from misdemeanor assault to felony conspiracy to distribute narcotics. Whether you are dealing with traffic violations, DUI, misdemeanors, gross misdemeanors, serious felonies, probation violations, or post-conviction relief, Tommy Leavitt will zealously fight for your rights!