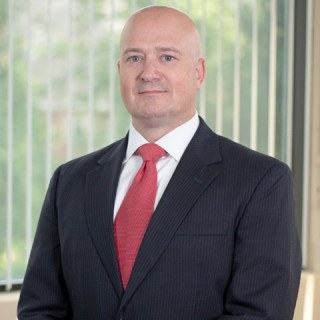 Prior to joining Tully Rinckey, Thomas began his legal career as U. S. Navy Judge Advocate, where he served on active duty as a military defense counsel, legal assistance attorney, discipline officer and brig officer. Upon leaving active duty, he opened his own legal practice as a solo practitioner and continued his military service as a Navy Reservist. After a one-year mobilization with the U. S. Navy to the middle East, Thomas served as an Assistant District Attorney for the Ninth Judicial Circuit of Mississippi until he was recalled to active duty where he served as the legal advisor to a two-star command. Upon completion of his orders, Thomas served as the deputy Staff Judge Advocate and then selected to serve as the Staff Judge Advocate to a Joint Command tasked with managing the process for reviewing the status of the detainees held in Guantanamo Bay, Cuba.

Attorney
U.S. Navy
2012 - 2015
Provide legal and ethics advice to two star command. My day to day responsibilities are similar to that of an in-house counsel for a corporation. Ethics advice covers the gambit from gift acceptance, travel, political involvement, use of government computers, gambling, etc. Legal advice covers personnel issues, contracts, document review and international law and rules of engagement as it effects mission work.

Attorney
Self-Employed
2004 - 2010
I had a general practice. I advised clients on criminal and civil litigation. I represented clients in contract disputes, domestic relation issues, felony and misdemeanor trials, employment discrimination cases, and administrative hearings. I facilitated clients with business incorporation and management, including contract negotiations.

Judge Advocate
U.S. Navy
1999 - 2003
Represented active duty personnel in all stages of the military justice system and administrative boards. Provided free legal advice on a plethera of civil legal issues including estate planning to active duty members, retirees and their dependents. I was the discipline officer and brig officer for an aircraft carrier that when deployed contains 5500 Sailors. I advised the commanding officer on military justice, represented the command at administrative hearings, answered congressional inquiries and acted as department head when the legal officer was on travel or leave.