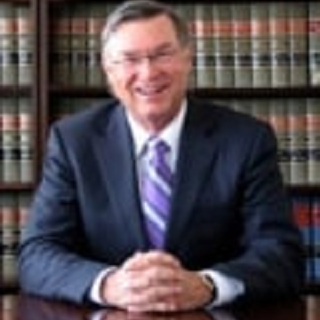 S. Thomas Throne is an attorney in Sheridan, Wyoming primarily handling oil and gas matters. Tom has practiced in Sheridan since 1979, starting with Lonabaugh & Riggs before commencing his own practice in September 1982. Since that time, Tom has expanded the size of the firm to its current size of (5) five lawyers.

Tom's emphasis is on representing oil and gas companies in preparation of title opinions, administrative hearings in front of the Wyoming Oil and Gas Conservation Commission and North Dakota Industrial Commission, and in litigation and transactions surrounding operating agreements, title issues and other surface and mineral use issues. Tom was active on the Coalbed Methane Ad Hoc Committee that secured the passage of the Enzi bill in the fall of 1998. In addition, Tom has been trustee for the Wyoming State Bar Association to the Rocky Mountain Mineral Law Foundation and is a member of the Public Lands Committee of the Interstate Oil and Gas Compact Commission on behalf of the State of Wyoming. Tom frequently gives presentations to oil and gas attorneys as well as land professionals in the Rocky Mountain region.