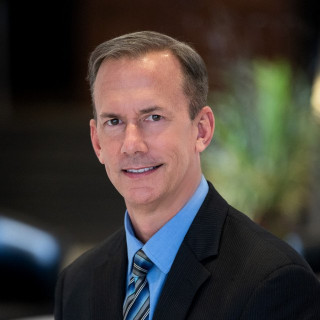 Tom Coupé works for the Juvenile Court of Memphis & Shelby County as Supervising Attorney of the Judge's Action Center and as the Court's Legislative Liaison to the Tennessee General Assembly.

Tom was involved in the creation and negotiation of the Department of Justice's Memorandum of Agreement with Juvenile Court and he formerly served as the Community Outreach point of contact created by the Agreement.

Before coming to Juvenile Court, Tom was a Court Improvement Attorney with the Tennessee Administrative Office of the Courts. Prior to that, he was Assistant General Counsel for the Tennessee Department of Children’s Services in Shelby, Rutherford, and Williamson Counties.

Tom is recognized by the National Association of Counsel for Children as a Child Welfare Law Specialist and was the first attorney in Shelby County certified by the Tennessee Commission on Continuing Education and Specialization as a Juvenile Law-Child Welfare Specialist.

Supervising Attorney and Legislative Liaison
Juvenile Court of Memphis and Shelby County
2007 - Current
? Create and coordinate legislative proposals in accordance with guidance from the Juvenile Court Judge. ? Maintain communications with stakeholders and partners to remain apprised of potential legislative issues that may affect the Juvenile Court. ? Represent the court's interests on state legislative matters that impact juvenile and child welfare law in Shelby County. ? Respond to requests from legislators and legislative staff in a timely and professional manner. ? Supervise the Judge’s Action Center, which serves as a liaison between the public and the Court to provide helpful and timely answers for people who have questions or concerns involving Juvenile Court and child welfare related issues. ? Conduct legal research and analysis for the Juvenile Court Judge, Chief Legal Officer, and Magistrates regarding child welfare issues and provide advice to Court’s CAO and Administrative Services Division concerning other legal matters that involve the court.

The Nuts and Bolts of Practicing in Juvenile Court, Family Law Mid-Year CLE, Memphis, TN
May 18, 2022
Memphis Bar Association
Presenting an overview of juvenile law basics for practitioners who are new to juvenile court.

Q. How to pursue relocation if I am the custodial parent of 2 boys?
April 20, 2022
A: The custodial parent is free to move without the court’s approval if that move is less than 50 miles from the other parent. If that parent wants to move further or out-if-state, the law requires the parent to provide a written notice to the courts and the other parent. The notice must meet specific requirements and be provided by certified registered mail no later than 60-days before the date of the proposed move. The other parent has 30-days after receiving the notice to file a Petition in Opposition to Move with the court. If no objection is filed with the court within the 30-days, the parent may move with the children. The written notice must include: A statement of intent to move. The location of the proposed new residence. The reasons for the proposed move. A statement that the other parent may file a Petition in Opposition to Move within 30-days of receipt of the notice.

Q. If parent filed modification for custody in TN and TN parenting plan wasn’t signed by judge would previous order stand?
April 20, 2022
A: The courts speak through their orders and only order that have been signed and entered will ultimately have authority. HOWEVER...sometimes a court will rule on a matter and that ruling takes effect immediately. Sometimes there is a delay before the order has been created, filed, signed, and then entered. You should contact the court where the second matter took place and inquire as to the status of that order.

Q. What happens in court for first time on a child neglect case
April 20, 2022
A: It depends on each court, but if DCS is involved it normally means DCS will file a petition for dependency and neglect and state in that petition why they believe a child is in danger. If DCS believes it is an emergency, they may file a Protective Custody Order (PCO) and remove the child from the home. The court will hold an emergency hearing to determine if the child(ren) should remain out of the home. Any parent who cannot afford an attorney can have one appointed and all children will receive a Guardian ad Litem (an attorney to represent the child).