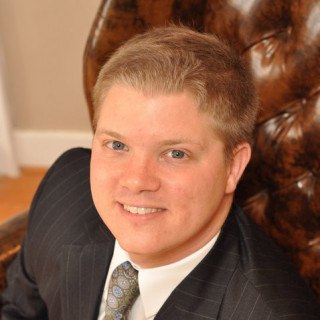 I am a tenacious Roanoke lawyer who puts my clients' interests first. As a general practice attorney, I have extensive experience in many different areas of the law, including: business formation and corporate governance, general civil litigation, family law (divorce, support and custody), plaintiff's personal injury, GAO protests and federal procurement law, bankruptcy (Chapters 7 and 13), construction litigation, civil rights and s. 1983 cases, protective orders, and alternative dispute resolution. This broad experience allows me to bring a different perspective to bear in my practice. I have won jury and bench trials in Virginia, and have been victorious at the appellate level in both state and federal courts.

I also have a number of published opinions and notable cases under my belt, including:


Tom is a Roanoke native. After graduating from North Cross School in 1998, Tom graduated from Hampden-Sydney College in 2002 and the T.C. Williams School of Law at the University of Richmond in 2005. After graduating from law school, Tom worked in Richmond, VA, then Winchester, VA and Poquoson, VA. He recently returned from a 3-year sojourn in Idaho, where he received accolades for his work on a special project for the United States Air Force's Air Combat Command and 366th Fighter Wing in conjunction with the Republic of Singapore, securing contractor services to train foreign fighter jet pilots and maintenance crew for the F-15SG fighter jet variant and help reinforce the U.S. defense posture in southeast Asia.

Q. Husband is physically and mentally able to work but hasn't for 13+ years. Is he entitled to 1/2 the house & Condo in VA?
January 13, 2020
A: It’s not as simple as that. Virginia is an equitable distribution state, which does not mean “equal” distribution necessarily. The courts look at a series of factors (really just predetermined categories of evidence) in order to determine what division of assets and debts would be “equitable” or fair. The factors span a lot of different things, but they are primarily concerned with who did what (both positive and negative) during the marriage, and secondarily concerned with what will happen to the parties following the divorce. An experienced attorney can give you a better answer as to what the court might do in your particular case.

Q. My daughter's father and I had a non-legal agreement that he'd pay $500 (cash) monthly as child support.
November 26, 2018
A: Every case is different, of course, but typically, if you ask for it the court will order child support retroactively to the date that the petition for support was filed. You should contact an attorney immediately to confirm some important details, including that the correct petition was filed and served on him, and that child support is an issue to be tried at your trial date.

Q. I'm 17 and my grandparents have raised me. I want them to have full custody. Can I file a petition myself?
November 26, 2018
A: Unless you are an emancipated minor (in which case custody wouldn't be an issue), the answer is almost certainly no. Your grandparents may be able to file themselves, seeking non-parent custody. Or a sympathetic parent who agrees with your wishes may file to change custody. But yes, your parents could fight the petition. Most do, in these cases. You should contact an experienced attorney immediately, to seek legal advice and protect your rights and interests.