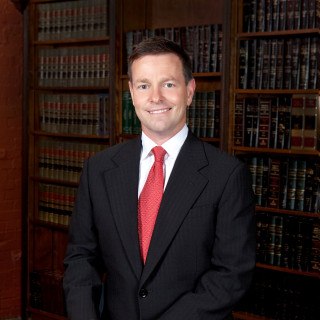 A native of Dallas, Tim O'Hare attended R.L. Turner High School in Carrollton. He received his BBA in Finance from The University of Texas at Austin, where he lettered on the Longhorn football team. After college, he attended Southern Methodist University School of Law. Tim and his wife, Christen, have four children and are active in their community. Tim and Christen are members of First Baptist Church of Grapevine where Tim serves as a Deacon. They also teach Sunday School to children. Tim is the former President of Christian Legal Society - Dallas and served on the CLS National Board of Directors. He is an Honor Corps member of Alliance Defending Freedom and is a member of the Dallas Bar Association. He is also a former Rotary Club President and served his hometown as Mayor/City Councilman from 2005-2011.

Before founding The Law Offices of Tim O’Hare in 2001, Tim was an insurance claims examiner and practiced law with a Dallas insurance defense firm as well as one of the largest Personal Injury firms in the Metroplex. Utilizing his knowledge of insurance companies, he started helping Personal Injury victims in their fight for recovery. Tim’s experiences have enabled him to become an award-winning Personal Injury attorney who knows the best ways to fight for his clients.

Tim has appeared on national networks and news programs including Fox & Friends, NBC’s Today Show, Fox News Channel, Fox Business Channel, CNN, and MSNBC, as well as the local affiliates for CBS, NBC, ABC, FOX, and WB. Tim has also shared his experiences and knowledge with many students, business and civic groups throughout Texas.

Tim has spent his life and career helping those around him, and this passion is demonstrated by his commitment to his Personal Injury clients. Tim’s experiences have allowed him to understand all sides of Personal Injury cases, and this knowledge helps him find the best way to fight for his clients’ rights.

Introduction to The Law Offices of Tim O'Hare

Introduction to The Law Offices of Tim O'Hare

Why You Need The Law Offices of Tim O'Hare

Why You Need The Law Offices of Tim O'Hare

The Law Offices Of Tim O'Hare is There for You

The Law Offices Of Tim O'Hare is There for You