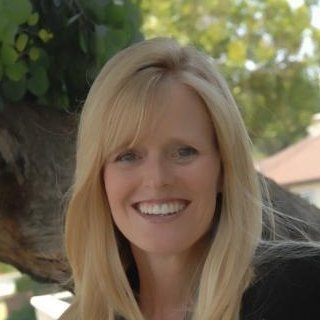 Tisha's professional child and family law experience predates her becoming an attorney. While attending law school, Tisha began an active career as a law clerk, later a child advocate and attorney while working for the Orange County law firm of Van Deusen, Youmans and Walmsley, a firm solely practicing in the area of adoption and family law issues. Tisha fine-tuned her already excellent writing skills, from writing Law Review articles, while she served as an extern for presiding Justice Edward Wallin of the Fourth Appellate District.

In December of 1995, Tisha, along with her law partner, Sheryl Edgar, left Van Deusen, Youmans and Walmsley to start their own law firm, A Center for Children & Family Law, with the goal of helping families through the practice of "children's law". Although many law firms in Southern California practiced in family law, primarily as divorce attorneys, there existed no law firm that focused on the families, representing the "voice of the children". Tisha and Sheryl knew that with this forum, they could practice what they loved the most about law, advocating for children and families.

Tisha is an experienced trial attorney not only at the Superior Court level but also at the Supreme Court and Court of Appeal levels. Some of her high profile Appellate cases include In re Michael H., In re Sarah S. and In re Ariel H. As a law clerk with Van Deusen, Youmans and Walmsley, Tisha worked directly on the drafting and preparation of the appellate brief for Johnson v. Calvert, a high profile surrogacy case.

While representing children in Court appointed cases is a major focus in Tisha's practice, she also represents many families in private matters seeking her assistance related to their children and grandchildren. In addition to helping create families through adoption and Assisted Reproductive Technology, she is one of the very few attorneys in California devoted to Infertility and Reproductive Law, representing many infertile couples with achieving the dream of having a baby through ovum donation or surrogacy. This field is very close to Tisha's heart, as she herself, has suffered with infertility.

Tisha resides in North Orange County with her husband, Judge Nick Thompson also JAG (Judge Advocate General Corps) for the US Army. She enjoys family outings, dancing, and traveling with husband, two children and her dog. Tisha grew up in Southern California with her parents and three sisters. She attributes her desire of helping others to her close family upbringing and her parents instilling the value and importance of family.