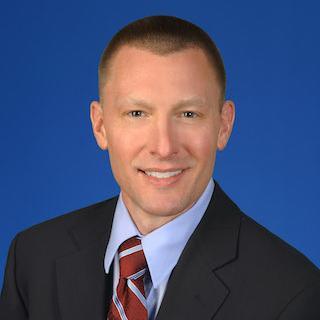 Todd Shugart has practiced law for nearly two decades and is deeply committed to personal injury work at Scholle Law to help those who have sustained injury or have been harmed through the negligence or other wrongdoing of others. Mr. Shugart brings an impressive background to his work for Scholle Law.

As an Assistant United States Attorney, he worked on many complex matters involving fraud, cyber crime and other areas of the law. Mr. Shugart takes his significant skills honed as a federal prosecutor and applies these to his personal injury clients' matters, seeking justice for them.

Mr. Shugart was introduced to personal injury law at the renowned Spence, Moriarity & Schuster, working with Gerry Spence, the Trial Lawyer’s College founder and a nationally recognized in personal injury law. His mentor, Bob Schuster is a highly respected practitioner with a national reputation.

His level of dedication and professionalism is underscored by his military service, as an infantryman with the Army National Guard and attorney with the United States Air Force Judge Advocate General’s Corps. He has served as lead defense counsel at the United States Air Force Academy and continues to serve as a JAG officer in the National Guard as a Lieutenant Colonel.

Todd Shugart represents his clients with the highest standards of legal excellence and ethics. You can count on his expertise for the guidance and support needed after an accident or injury. As with all our cases at Scholle Law, we treat our clients with respect and dignity. Please contact us at any time if you have been injured or harmed due to the fault of others.

Q. If a motorist is at fault and has suspended license also no valid insurance is it possible to sue?
July 27, 2018
A: Yes it is. There a variety of options. Often times there are other insurance policies that may provide coverage to include your own underinsured/uninsured motorist policy. Without understanding these options fully, people can let their damages go uncompensated. That is truly unfortunate. Feel free to reach out to our firm. We are happy to schedule a time to meet with you and answer any questions you may have. Todd Shugart Scholle Law Duluth, Georgia 770-717-5100