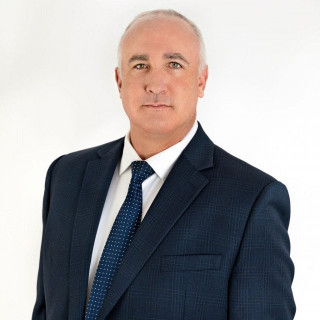 While in law school, Todd served in an externship for the Honorable Robert A. McQuaid of the United States District Court in Reno. He then served as a summer law clerk for Lemons, Grundy & Eisenberg in 2006. After graduating from law school, Todd served as a law clerk for the Honorable Steven P. Elliott in the Second Judicial District Court for the State of Nevada. n 2010, Todd was elected treasurer of the Association of Defense Counsel of Northern Nevada. He served in that capacity for one year, and he currently serves as the Association’s vice president.

In 2022, Todd shifted his talents to well respected law firm Benson & Bingham Accident Injury Lawyers, LLC. Todd is licensed to practice law before all courts in Nevada and practices primarily in the areas of personal injury and accident law.

Attorney-Partner
Lemons, Grundy & Eisenberg,
2008 - 2022
Primary areas of practice include civil litigation and business transactions. Extensive experience in defense of legal malpractice claims, prosecution and defense of personal injury claims, construction defect defense, insurance coverage interpretation and litigation, and appellate litigation, including oral argument before the Nevada Supreme Court. Represents corporate and individual clients on a wide range of civil litigation and transactional issues. Licensed to practice law before all courts in the State of Nevada. Advises clients on effective and appropriate means of avoiding litigation in business transactions. Drafts concise and legally effective documents for clients on issues ranging from secured commercial lending transactions to settlement of civil disputes. Served as President of Association of Defense Counsel of Northern Nevada, 2011-2012 Partner at Lemons, Grundy & Eisenberg since 2013.

Benson & Bingham | The Gold Standard in Personal Injury™ in Nevada

Benson & Bingham | The Gold Standard in Personal Injury™ in Nevada