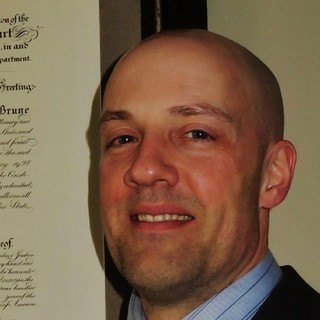 I began my career in 1994 at the City of Syracuse Office of the Corporation Counsel representing the City in workers' compensation matters. I joined the firm of McDonough, Digby and Leiter in 1997, and ultimately formed Leiter and Brune in 2005. In 2006 I joined the firm of Wolff, Goodrich and Goldman specializing in New York Workers' Compensation matters, and was named a partner in 2008. In 2014 I formed The Brune Law Office and now dedicate the firm to representing injured workers.

Q. I had surgery for broken spine from work injury 5 years ago. Still heavy laborer, getting worse. Can I file now?
June 6, 2014
A: You have two years to file a claim. However, the employer may have waived this defense by payment of the medical bills. I would strongly suggest you check with an attorney in your area who specializes in New York State workers' compensation law, and file a claim asap.

Q. If there is mold in office at work and they know about it and have not corrected it yet and I keep getting sick.
June 4, 2014
A: Under workers' compensation, you do have the right to pursue a claim for any problems you are experiencing due to mold at work. Your claim would entitle you to medical care and compensation for any lost time or reduced earnings. However, the law judge would not have the power to order your employer to fix the problem, at least under NY workers' compensation law. If you are forced to quit because you can't tolerate the office, you would be entitled to compensation. However, the first step would be to file a claim. You should consult with an attorney who specializes in NYS workers' compensation.

Q. I am not satisfied with my present workers comp.lawyer is it ever to late to find a new lawyer?
June 1, 2014
A: No, you have the right to obtain a new lawyer at any time. Keep in mind, however, that your current attorney has a right to put a lien on your file for any unpaid work. The lien will be addressed by the law judge at a hearing, and you will have the right to comment on the same.