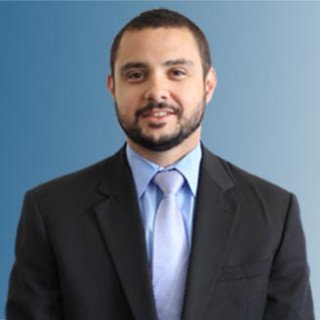 I have practiced immigration and nationality law throughout the United States, but primarily in New York. I specialize in immigration litigation for EOIR matters such as asylum, cancellation of removal, adjustment, habeas corpus, deferred action, waivers and appellate work. I have obtained numerous grants both in immigration court and at the asylum office for clients from China, Haiti, South America, Africa, and Eastern Europe. I currently have the privilege of working at Wildes & Weinberg, PC, one of the most well-respected immigration firms in the United States, founded in 1960 and serving a distinguished clientèle.

I hold a Bachelor of Arts from the University of Pennsylvania (2006) and a JD from Villanova Law School (2010). While at Villanova, I participated in the CARES asylum clinic, and I worked with the Department of Homeland Security, Immigration and Customs Enforcement, Office of the Principal Legal Advisor. I am admitted to practice law in New York, New Jersey and Pennsylvania, as well as the federal districts of New Jersey, and the Eastern and Middle districts of Pennsylvania. I am fluent in Romanian and conversant in French.

My goals are to provide a clear strategy to every client, to keep them informed of all case developments, and to press cases until I obtain a favorable adjudication. I am privileged to serve my clients alongside my distinguished colleagues at Wildes & Weinberg, PC.

How to Select a Bankruptcy Attorney
avvo.com
February 7, 2014

Q. I have filed bankruptcy before and I would like to know how long do I have to wait before I can file again?
October 17, 2014
A: The rules vary depending on what chapter you filed, and when you received your discharge. It can range from 5 to 7 years.

Q. is there a way to find a copy of a bankruptcy docket or judgement online that was filed 4 1/2 years ago
October 17, 2014
A: Yes, bankruptcy filings and docket entries can be retrieved electronically at https://www.pacer.gov. You will need an account, and pages cost a few cents each, but it contains filings going back even longer than 4 1/2 years. An attorney who has a Pacer account can easily retrieve that filing for you.