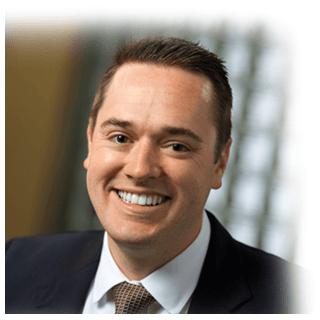 Tyler Claringbole joined Herrling Clark Law Firm in 2015 after previously working at the Firm as a law clerk.

Tyler has a general practice with an emphasis on business transactions, mergers and acquisitions, contracts, banking, employment law, commercial and residential real estate, and municipal law. Tyler also currently serves as a Commissioner of Condemnation for Outagamie County, a position to which he was appointed by the Outagamie County Circuit Court judges.

Originally from the Fox Valley area, Tyler graduated from Freedom High School and received his Bachelor's in Business Administration from the University of Wisconsin-Madison School of Business where he majored in Finance, Investments, and Banking. While completing his undergraduate degree, Tyler spent one semester studying at the University of Sydney and another semester completing a practical internship with Merrill Lynch.

Outside of work, Tyler enjoys all things sports-related and spending time with his wife and two sons.