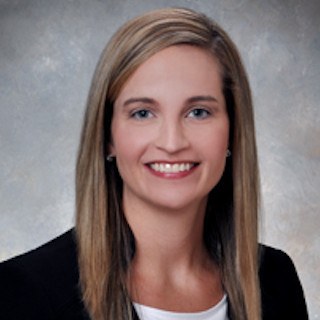 Valerie Russell grew up in a small town in rural Alabama, in Autauga County. She currently resides in Montgomery Alabama where she lives with her husband, Lee M. (Russ) Russell, Jr. who is a partner at Capell & Howard, PC. Valerie and her husband, Russ are members of Woodland Methodist in Pike Road, Alabama.

She earned her B.A. from the University of Auburn Montgomery in 1997; and her J.D. at Thomas Goode Jones School of Law of Faulkner University in 2001. Before becoming an associate at Jinks, Crow & Dickson, P.C., Valerie began her legal career as a paralegal at Rushton, Stakely, Johnston & Garrett, PC while attending law school. In 2002, Valerie began practicing as a litigation attorney with Jock Smith in Tuskegee, Alabama at Cochran, Cherry, Givens & Smith, P.C. where she remained for eleven years. After the sudden passing of Jock Smith, Valerie began practicing law with the Walton Law Firm, PC in Auburn, Alabama. Valerie has tried numerous cases, had a million dollar verdict and settled hundreds of cases involving personal injury, wrongful death, and medical malpractice.