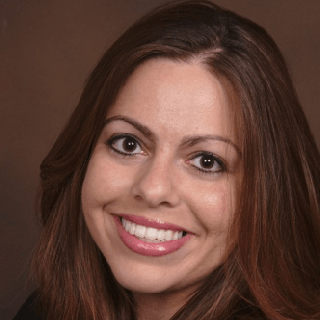 A native Spanish speaker, Vanessa Cotto was born in San Juan, Puerto Rico and moved to Orlando, Florida when she was five years old. Ms. Cotto was born with a passion for helping others and a conviction to fight for justice. As a young lawyer, Ms. Cotto has demonstrated a rigorous work ethic, exceptional leadership skills, and an ability to motivate and mentor others. Before attending law school, Ms. Cotto gained valuable legal experience as a legal assistant in the Central Florida community for several years. While in law school, she was the recipient of a scholarship from the Hispanic Bar Association of Central Florida and active with the Moot Court Honors Board. She was also a Certified Legal Intern with the Barry University Children and Families Clinic. Ms. Cotto spent two summers in Europe studying international comparative law. In 2011, Ms. Cotto was a student in a two week class taught by Chief Justice John Roberts of the United States Supreme Court while in Europe. Prior to joining Hogan Frick, Ms. Cotto worked in a mass torts litigation firm where she represented numerous clients in pharmaceutical and medical device litigation cases filed in both state and federal court, including several Multi-District Litigation actions. Ms. Cotto was also the recipient of the 2013 “Board Member of the Year” award from the Hispanic Bar Association of Central Florida for her leadership roles in several committees. In addition to her work in the courtroom, Ms. Cotto has lobbied for consumer protection and access to court issues. Ms. Cotto has volunteered as a lobbyist in Tallahassee for the Florida Justice Association (“FJA”). The FJA is the only organization in Florida whose sole purpose is to protect access to the courts and preserve legal protections for consumers. For leisure, Ms. Cotto is an avid traveler and thrill seeker. She’s been skydiving, white water rafting, parasailing, mountain hiking, hang gliding, and has completed numerous half marathons.