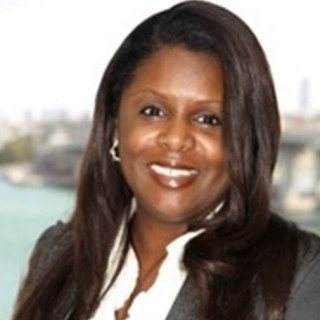 Attorney Veronica Robinson has practiced law since she graduated in 1995 from University of Florida College of Law with a concentration in family and disability law. These two fields are related in both requires an attorney who is diligent and understands that winning in the courtroom is largely based upon the preparation outside of the courtroom. More importantly, both fields involve helping people during their most vulnerable time to move forward to their next chapter in this book called “Life.”

Veronica’s legal expertise is in the representation of individuals in their disability claims.The disability claims range from representing students against school boards in their IDEA claims to representing individuals in Social Security Disability Claims.Veronica also represents husbands, wives, and children in divorce proceedings (dissolution of marriage); fathers and mothers in child support and timesharing (custody) cases; and children in child welfare and dependency proceedings.

Distinguished by the lawyers governing Board, Veronica recently been designated as a Board as a Board Certified Attorney in Juvenile Law by the Florida Bar.

Passionate about the needs of our most vulnerable, Veronica Robinson finds time to serve as CEO for the African-American Advocacy Center for Persons with Disabilities; an advisory board member for Florida Children’s First; and represents children in dependency and educational matters as an attorney-ad-litem.
Veronica Robinson's superior trial skills has lauded her as an instructor for training attorneys for the National Association of Trial Lawyers in their dependency and civil litigation She has won numerous civil cases, promotions, and accolades for her superior legal and problem solving skills.

Finally, it cannot be left unsaid that Veronica Robinson has been a member of Delta Sigma Theta Sorority, Inc. since 1995.

Chief Legal Counsel - Miami and Monroe Counties
Department of Children and Families
2005 - 2007
Supervised over 50 attorneys and 25 support staff in dependency and civil cases.

Board Certified in Juvenile Law
The Florida Bar

Q. Me and my child’s father are unmarried with no court orders. Can I move out of state with my child?
February 24, 2019
A: Yes, an unmarried biological mother has all the rights to a child born out of wedlock. However, the father may petition the court to prevent the relocation by filing a paternity/timesharing case.

Q. If my baby mom is in a abuse relationship can I get custody of my kids she always threatening to put me on child support
February 24, 2019
A: You could file a Petition to Establish Paternity, Timesharing, and Child Support in family court so that you can obtain time and rights to your child if there is no legal DCF case. If there is a legal DCF case, then you can ask for custody in the DCF court.

Q. How does an underage mother go about getting full custody of her child?
February 24, 2019
A: The mother of the child, no matter the mother's age, is automatically deemed as the legal guardian of the child unless there is a dependency case filed by the Department of Children and Families.