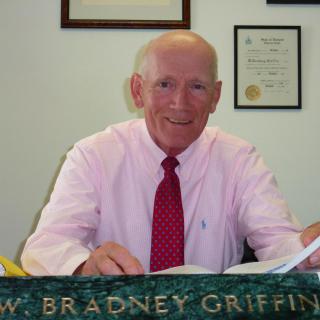 I am a native of Rutland, Vermont, and attended Duke University and graduated from what is now Castleton University before obtaining my JD degree from Washington & Lee University in 1974. I became admitted in 1974 in Vermont and practiced in Rutland until 1999, although I continue to have an active license in Vermont. I became admitted in 1999 in New York State, and have been practicing in Lake Placid since that time. I am a former member of the Association of Trial Lawyers of America, the American Bar Association, the Commercial Law League, Vermont Trial Lawyers Association, and the Vermont Inns of Court. I am past president of the Essex County Bar Association. I was also active in Rotary Club, and am a Paul Harris Fellow and past president of the Killington (VT) Rotary Club. A longtime resident of the Town of Mendon, Vermont, I served for 17 years as the chairman of the Zoning Board of Adjustment there.

Washington & Lee University
J.D. | Law
1971 - 1974
I thoroughly enjoyed my years at W & L, and believe that the base knowledge I received there has stood me in good stead as I have grown during my career in law.

Castleton State University
B.A. | English
1968 - 1970
After leaving Duke, I took a semester off, then returned to Castleton where I had taken courses previously. I focused on writing, and also took a number of foreign language courses.
Honors: I graduated with Great Distinction.
Activities: I was a member of the Student Senate, participated on the JV baseball team, and played varsity golf.

Duke University
Engineering
1965 - 1967
I left Duke as I did not enjoy the curriculum and was not doing well in the program. I transferred to another college.

Solo practitioner
W. Bradney Griffin, Esq.
2015 - Current
I am a solo practitioner with a focus on divorce and family law, which I have done for my entire practice. My primary practice area is the tri-county area (Essex, Franklin, & Clinton), but I also have cases in St. Lawrence, Hamilton, and Warren Counties.

partner
Wilkins & Griffin, PLLC
1999 - 2015
I joined John T. Wilkins in 1999, and my practice focused on Family and Divorce Law. That remains the focus of my practice today. I find that the laws in New York are more even handed than I was used to in Vermont. I also do criminal and traffic cases, general civil litigation, and real estate transactional law.

partner
Griffin & Griffin, Ltd.
1977 - 1999
I formed Griffin & Griffin with my brother and we practiced general law for the duration of the firm, prior to my relocation to Lake Placid, New York. My focus was on Family and Divorce Law, Personal Injury, and Real Estate.

Associate
Corsones, Hansen & Griffin
1974 - 1977
I began my legal career in a small firm in Rutland, Vermont with my brother and two other attorneys. I did primarily general civil practice, getting my feet wet and learning all areas of the law.

New York Bar Association
member
1999 - Current
Activities: I joined the NYSBA in 1999, and remain a member. I am a member of the Family Law Section, the Legal Management Section, General Practice Section, and Torts and Insurance Compensation Section.

Essex County Bar Association
member, past president, etc.
1999 - Current
Activities: I joined the ECBA when I joined with my partner. I have served the ECBA in all officer positions, including president. At this time I am the Continuing Legal Education chairman and run our summer CLE program.

Vermont Bar Association
member
1974 - Current
Activities: I joined the VBA on admission to the Bar, and I am still a member of the organization.

Rutland County Bar Association
member
1974 - 1999
Activities: I joined the RCBA on my admission to the state Bar, and remained a member for 25 years. I no longer reside in the county and thus cannot be a member.