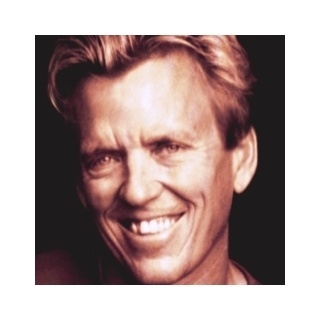 For the past twelve (12) years, Riley has been named one of the 500 Leading Lawyers in America by Lawdragon Magazine, whose extensive research covers all areas of the law in attempting to identify, from more than 1 million nationwide, the leading 500 lawyers in the country. In 2017, he was named a Lawdragon Legend, reserved for those lawyers named one of the 500 Leading Lawyers for 10 years in a row. He is AV-rated by Martindale-Hubbell, one of the highest and most coveted ratings possible for legal ability and ethical standards, and is identified in its Bar Register of Preeminent Lawyers. He was first named to SuperLawyers in 2006 and is also recognized in Best Lawyers in America. He has been recognized as one of Orlando's Top Attorneys in Orlando Home & Leisure, Orlando Style, Orlando Life, and Orlando Magazine, as well as one of Florida's and the Nation's Top Lawyers by The Wall Street Journal, Newsweek, Time, Town & Country Magazine, The Economist, Southern Living, The Tampa Tribune, Tampa Bay Magazine, Miami Magazine, and The Miami Herald. He has been recognized as a Fellow of the Litigation Counsel of America, and is listed in Outstanding Lawyers in America, Best Attorneys, and every Who's Who in America and Who's Who in American Law since 1985. In 2014, he was a recipient of the Litigator Award and named Trial Attorney of the Year in Florida by Corporate International Magazine and Corporate Live Wire. He was named again in 2016. In 2015, he was named the Trial Attorney of the Year in Florida by Lawyers Monthly. In 2017, he was provided America's Top 100 Attorneys Lifetime Achievement Award. He has achieved more than sixty settlements or verdicts in excess of $1 million dollars. He has litigated complex cases throughout the United States and as far as the U.S. Supreme Court, as well as to the Florida Supreme Court on multiple occasions. His most important accomplishment was being named "Guardian Ad Litem of the Year" for his volunteer work.

Is the Proposal for Settlement Dead in the Fifth DCA?, Raising the Bar, Orlando, Florida
August 17, 2016
Central Florida Trial Lawyers
This engagement preceded the opinion in Mr. Allen's case pending in the Florida Supreme Court that was issued on November 2, 2016, and which clarified the law and helped to put it back on the right track. It's impact addresses contractual and statutory interpretation. Mr. Allen has been a speaker and lecturer since 1985,

Lawdragon Legend
Lawdragon
2017
The Legend designation is given to those lawyers who have been identiifed as one of the Leading Lawyers in America for 10 consecutive years. As of 2017, there are 92 lawyers named.