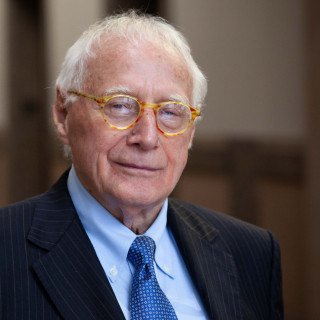 Wade Smith has been one of North Carolina’s best known and most acclaimed lawyers for nearly 50 years. His trials are recounted in books, magazines and journals. A renowned story teller, Wade insists that within each case there is a compelling story waiting to be told. In seminars and bar meetings Wade has shared the art of story telling. His cases offer a fine collection of North Carolina Courtroom lore. In 1979, Wade served as counsel to Dr. Jeffrey McDonald in the much studied and discussed Green Beret Murder case. Most recently he was lead counsel for Collin Finnerty, one of three young men accused in the Duke Lacrosse Case. To commemorate the body of work Wade has completed, the North Carolina Bar Association established in the spring of 2008 the annual Wade M. Smith award “for a Criminal Defense Attorney Who Exemplifies the Highest Ideals of the Profession.” In summer, 2008, the North Carolina Bar Association presented Wade with the H. Brent McKnight Renaissance Lawyer Award which annually goes to “an attorney whose trustworthiness, respectful and courteous treatment of all people, enthusiasm for intellectual achievement and commitment to excellence in work and service to the profession and community, inspires others.” In Summer, 2009, Wade will be honored along with other lawyers from across America by Best Lawyers in America. This honor recognizes him for being chosen 25 years in succession for inclusion in the publication, Best Lawyers in America. In 2004 Wade was named by Business North Carolina Magazine as North Carolina’s number one criminal lawyer. This selection was based on a vote by his fellow lawyers. He is now a member of Business North Carolina’s “Legal Elite” Hall of Fame. In 2009 Wade was named by Charlotte Magazine’s Super Lawyers Section as one of North Carolina’s Top Ten Lawyers. Wade was born in 1937 in Albemarle, North Carolina. His mother and father were textile workers, having barely survived the Great Depression

University of North Carolina - Chapel Hill
A.B. | English
Honors: Membership in the University’s highest honorary, The Golden Fleece. Morehead Scholarship Recipient.
Activities: One of the captains of the football team and winning many honors as an athlete

“Is that Legal or Should I Plead the Fifth?”