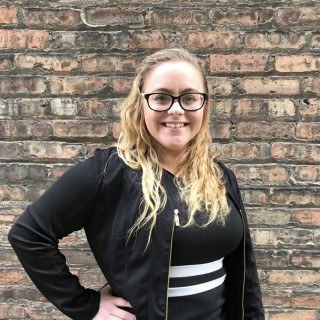 Whitney Cameron was the first of her family to go to college and she got her Bachelor’s Degree in Political Science and Economics at Augustana College. She received her Juris Doctorate from The John Marshall Law School in 2017, with honors. Whitney was an editor for The John Marshall Law Review and a member of the The John Marshall Moot Court Honors Program. While studying for her legal degree Whitney devoted over eight credit hours to pro bono and volunteer work. She spent an entire summer in 2016 at the Will County Court House in the Externship Program where she mentored under several judges and wrote memorandums of law to assist in the final adjudication. It was during this externship that she discovered her passion for Family Law.

At the end of 2016, Whitney joined Henderson & Mehta Law & Mediation Center. She started as a secretary and legal assistant and continued to work as such until she passed the bar and was sworn in as an attorney in November 2017.

Changes in Family Law, GAL Committee, Will County Bar Association
April 25, 2019
Will County GAL Committee Meeting
I spoke about the possible amendments to the Illinois Dissolution of Marriage Act regarding parenting time and parental allocation. I also discussed the proposed amendments to 750 ILCS 5/506 which will require an individual to have 20 hours of class room training and 20 hours of domestic violence training to qualify as a Guardian Ad Litem by the State of Illinois

Masters in Impairment and Mediation
Supreme Court of Illinois
2019