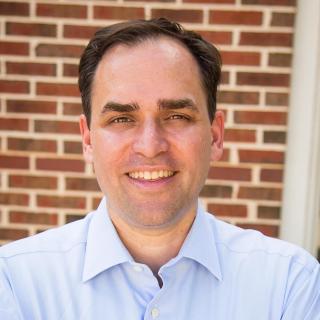 Committed to defending your Legal Rights! Wiley lives and works in Cary, North Carolina. In 1998, he graduated from Tulane University with a major in Political Science and a minor in History. After college Wiley went to work for Al Gore and travelled with the Vice President as part of his national advance staff. Following the Gore campaign he earned his law degree from the Pepperdine University School of Law in 2005. While in law school Wiley worked as a law clerk in the Ventura County District Attorney’s Office where he gained valuable criminal trial experience before taking and passing the California bar exam. His first job out of law school was for the Merced County District Attorney’s Office where he worked as a Deputy District Attorney. Wiley later joined the Law Offices of Joseph Uremovic where he focused on civil litigation and family law. When the opportunity came to join the Obama campaign in 2008 Wiley jumped at the chance. He spent the last three years travelling with President Obama as a member of his national advance team. In 2011 Wiley left his work for the White House to return to the practice of law. Wiley devotes the majority of his practice to the areas of criminal law, family law and traffic tickets/DMV issues. He is an active distance runner and golfer. Wiley is licensed to practice law in North Carolina and California.

Q. IS SPITTING CONSIDERED ASSAULT IN NC
4 February 2014
A: Are you charged with assault by spitting?

Q. I got a ticket in NC not sure what county. i live in md how can I locate this ticket. i am not familiar with NC at all
4 February 2014
A: click this link to locate your information. If it's in Wake County I can help. Otherwise I can likely recommend someone. http://www1.aoc.state.nc.us/www/calendars/CriminalQuery.html

Q. Can a highway patrolman give you a seat belt ticket after you have parked the car, entered store, & returned to car?
4 February 2014
A: Did he see you driving without a seat belt?

North Carolina Expungement Process Explained. Are you eligible for a NC Expungement?

Your case is over but your record remains visible for all to see! If your case was dismissed (or you have certain convictions), you can protect your reputation and rebuild your...