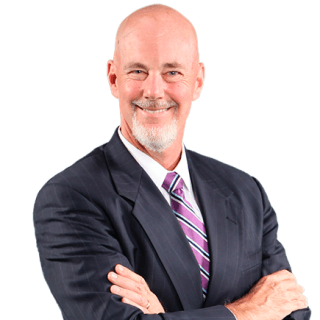 Bill Green has become a noticeable figure in Charleston. His face is easily recognizable from numerous television commercials and his catchy slogans are heard throughout the Low country. But it is his focus on the concept of customer service to meet the needs and expectations of his clients that has led to his enormous success and reputation. Bill completed his undergraduate degree in 1985 at the University of North Carolina at Chapel Hill. He continued his stint as a Tarheel and attended law school in Chapel Hill, graduating in 1987. After law school, Bill worked in the insurance business as a broker for two years in Burlington, North Carolina. The insurance business is what brought him to Charleston, but shortly after moving to South Carolina, he decided to pursue his law career. He worked as a partner in a general practice firm in James Island, South Carolina for two years. In 1991, Bill became a sole practitioner on King Street in downtown Charleston, practicing personal injury law. In 1997, an additional firm was opened in Columbia, South Carolina. Another move took place for Bill in 1997. After practicing for seven years downtown, he moved his practice to North Charleston, where the firm stands today. The focus of the firm is to provide excellent customer service and client representation. Running the firm as a business with a focus on customer service is the key to success for Mr. Green and his associates. “It is important to be able to empathize and relate to the clients,” notes Mr. Green, “and this is something we do very well.” “We come in to work every day and have fun,” says Mr. Green. “We know why we are here, what we are doing, and we are proud of it.” Bill currently resides in Charleston, South Carolina with his wife. He is the proud father of four children and an even prouder grandfather of four.