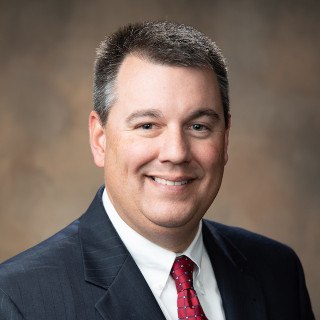 William H. Waring III was born and raised in Summerville, South Carolina and is a proud distinguished honor graduate of Summerville High School's class of 1990. After high school, Will attended Furman University, where he was actively involved as president of the Residence Hall Council and his senior class and was a member of the Sigma Chi Fraternity as well as the Quaternion Club, a prestigious organization that inducts four senior males annually who distinguish themselves in scholarship, leadership, character, and loyalty to the university. Will graduated from Furman in 1994 with a B.A. in History, moved back to his hometown, taught school and was an assistant principal with Dorchester County School District Two. During this time, Will earned his Masters Degree in Education Administration, summa cum laude at The Citadel.

In 2003 Will decided to pursue his childhood dream of becoming a lawyer, and he enrolled at the Cumberland School of Law at Samford University. While at Cumberland, Will served as the Writing Editor for the Cumberland Law Review, and he received his juris doctorate, cum laude, in 2006. Following law school, Will worked as a law clerk for The Honorable Diane S. Goodstein, Circuit Court Judge for the First Judicial Circuit, and during his clerkship in November of 2006, he was admitted to the South Carolina Bar. Will then practiced as an associate attorney with The Richter Firm, LLC in Mt. Pleasant, South Carolina where he assisted in the representation of several of the families of nine Charleston firefighters who were killed in the Sofa Superstore fire of 2007 as well as sexual abuse victims in a class action lawsuit against the Catholic Diocese of Charleston.

In 2009, Will joined Lofton & Lofton, P.C. as an associate attorney, where 100% of his practice is devoted to civil litigation with an emphasis on medical malpractice, nursing home abuse and neglect, personal injury, and wrongful death.

Blog
In the Media