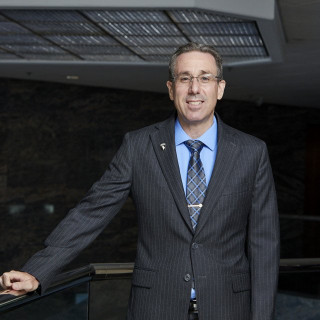 A Military Veteran and Lawyer who cares about his clients!
Badges
Claimed Lawyer Profile
Biography

William Campbell's experience as a litigator has placed him in a unique position to fight for his clients. After graduating from Southwestern University College of Law and passing the California State Bar Exam, William sought as much time in the courtroom as possible. The best place to do this was working for the Fresno County Public Defender and District Attorney's Office.

William's start as a criminal defense attorney with the Public Defenders Office was short-lived after securing an acquittal for his client in his first jury trial as a lawyer. It was soon after that acquittal that William found himself working for the District Attorney's Office. In that capacity, William spent almost every day in the courtroom arguing motions and doing jury trials. The number of hours spent in the courtroom refined William's courtroom presence and skill as a litigator.

With all the necessary skills to be an effective litigator, William moved to the private sector and to civil law. William began working as a Senior Litigator with The Seideman Law Firm, P.C. William fought for consumers who were harassed by creditors, debt collectors, and debt buyers as a Plaintiff's lawyer using the Federal Fair Debt Collections Practices Act and its California equivalent, The Rosenthal Fair Debt Collections Practices Act. William filed and successfully prosecuted over 200 cases. William also defended debtors who were sued in debt collection cases.

William is committed to his clients and fights for them with technique, legal acumen, and passion.

Senior LItigator
The Seideman Law Firm, PC
2009 - 2013
I was the lead litigation attorney for the firm. I filed law suits against creditors and 3rd party debt collectors for violating both California and Federal Debt Collection Laws and any other associated claims. (This area of the law includes various Tort claims such as The Right Of Privacy and Conversion as well as Breach of Contract and Breach of Covenant of Good Faith and Fair Dealing).

Deputy Public Defender
Fresno County Public Defender's Office
2007 - 2008
My Duties Include: • Handling misdemeanor cases from Arraignment all the way to and including trial. • Interviewing clients and analyzing the value of cases. • Preparing and arguing various motions including Serna Motions, Motions to Suppress, and Pitches Motions to name a few. • Going to trial – I completed one Jury Trial, which resulted in a verdict of not guilty; after which I moved to the District Attorney’s Office.

Tennessee
Board of Professional Responsibility of the Supreme Court of Tennessee
ID Number: 031553