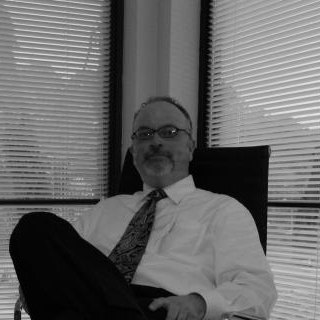 Mr. Bradford was admitted to the Alabama Bar in 1993 after graduating from Cumberland School of Law at Samford University. He is a native of Byram, Mississippi, and moved to Birmingham, Alabama to attend law school in 1990.
During his 19 years of practice, Mr. Bradford has handled numerous jury trials in both State and Federal courts. He has counseled individual and corporate clients from both the plaintiff as well as the defense prospective. Mr. Bradford's case experience includes a broad range, including the defense of personal injury and wrongful death claims, defense of workers compensation claims, declaratory judgments concerning insurance coverage issues, as well as the defense in criminal cases. In the past, Mr. Bradford has worked with Gorham & Waldrep, P.C. and was a partner at Austill, Lewis, & Simms, P.C.
Mr. Bradford is peer rated as BV by Martindale-Hubble. He is a member of the Alabama State Bar, The Birmingham Bar Association, The Legal Writing Institute, Alabama Criminal Defense Lawyers Association, and the Greater Birmingham Criminal Defense Lawyers Association. He is currently serving as the Vice President of the Greater Birmingham Criminal Defense Lawyers Association.
Mr. Bradford's notable cases and clients include being a member of the defense team defending the Jefferson County Personnel Board in the U. S. District Court for the Northern District of Alabama in its longstanding Federal discrimination consent decree.
Mr. Bradford has successfully defended the City of Gadsden Police Department, City of Talladega Jail, City of Jasper Police Department, and the Cullman County Sheriff's Department against serious civil rights claims in federal court, winning summary judgment in each case.
Mr. Bradford defended the Birmingham Housing Authority against Lead Paint claims, successfully obtaining summary judgment on the most serious claims of Civil Rights violations.
Mr. Bradford has extensive experience handling appellate matters. His appellate experience includes a number of oral argument before the Eleventh Circuit Court of Appeals and numerous appearances before the Alabama Supreme Court and Court of Criminal Appeals.